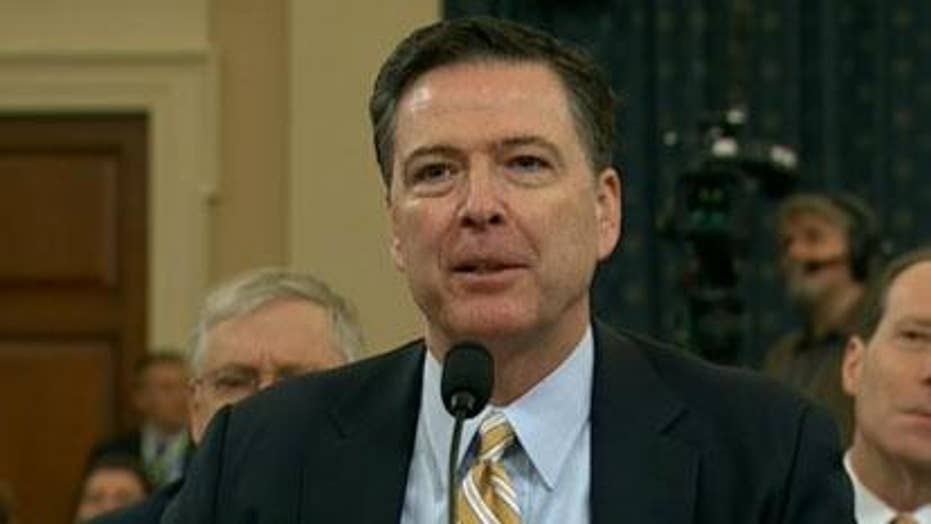 On Wednesday's show, Melber started by addressing the most salacious allegation that immerged from the Steele dossier when it was made public in 2017 -- that Russia had a tape showing President Trump being urinated on by prostitutes in a Moscow hotel room. Melber noted the media attention it received, including on CNN, the late-night shows and even his own network.

"But, here's the thing; for all the talk about this alleged tape, I bet you've heard about it, virtually no evidence has come forward in public to corroborate it," Melber said. "It sounded like gossip drawn from this unverified dossier, which, remember, wasn't drafted for public consumption, let alone fact-checked."

The anchor of "The Beat" later pivoted to Comey and how he presented the allegation to then-President-elect Trump during a private meeting. Melber also noted how Comey repeatedly referenced the meeting in TV interviews and in his book.

The host then cited Justice Department Inspector General Michael E. Horowitz's report, which stated that Steele "misstated or exaggerated... in multiple sections of the reporting" and that the alleged "source" acknowledged that the claim was simply "rumor and speculation."

"You hear a lot about facts these days. This may have been a small matter but it got a lot of attention and this is a part of the DOJ report that people need to reckon with," Melber continued. "There was no verification. Mr. Comey was out over his skis, in public at least, and in fairness to those involved, the dossier didn’t seem to have perfect sourcing on this very unverified claim. And, we want you to know the facts."