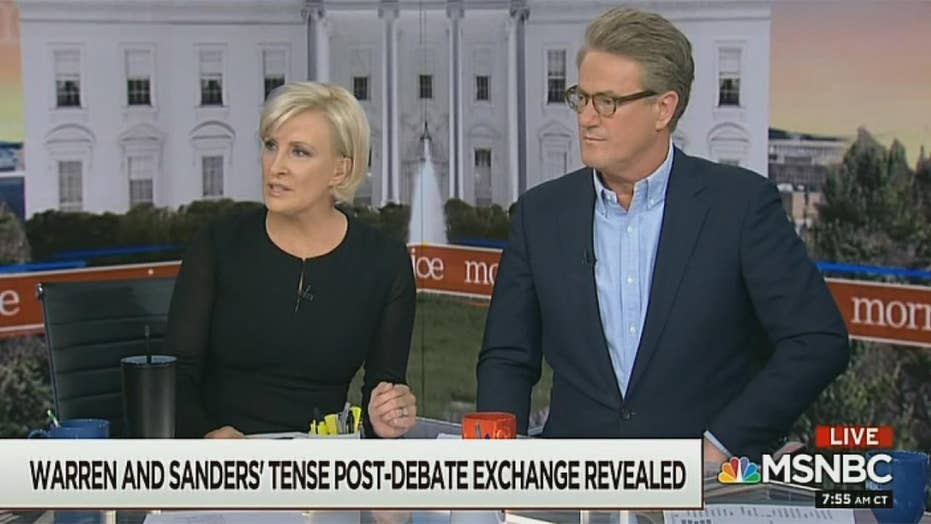 Raw video: MSNBC co-host weighs in on the Warren-Sanders rift on 'Morning Joe.'

“Believe all women” has emerged as a rallying cry of the #MeToo movement, but it doesn’t apply to political quarrels, if you ask MSNBC’s “Morning Joe” co-host Mika Brzezinski.

Brzezinski said Sen. Elizabeth Warren, D-Mass., looks “brittle and completely weak” for thrusting the narrative that Sanders once told her he believed a woman couldn't win the presidency. “Morning Joe” then aired footage on Thursday morning of the post-debate exchange between Warren and Sen. Bernie Sanders, I-Vt., in which both 2020 hopefuls accused the other of “lying” on national television.

The audio, which was unearthed by CNN after nearly 24 hours of cable news pundits speculating about what was said, revealed that Warren and Sanders both claimed the other candidate is guilty of lying.

“This is just not OK,” Brzezinski said.

“Somebody is not telling the truth and I have a bad feeling it might be the accuser.” 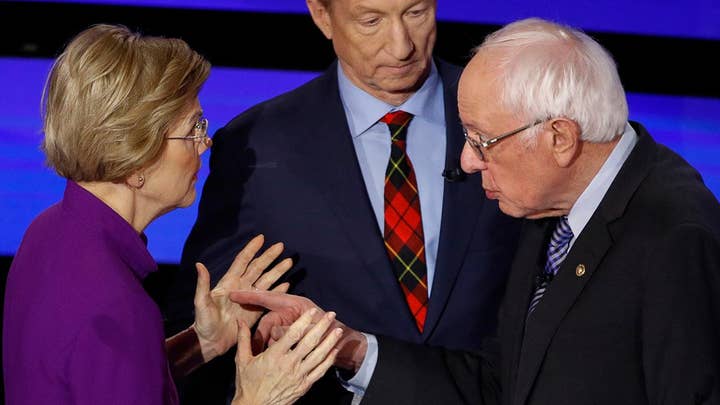 It all started when CNN cited unnamed sources who claimed that the Vermont senator told Warren he believed a woman couldn't win the presidency in December 2018 ahead of their presidential runs. There has been widespread speculation that Warren’s team helped start the narrative – which would make her the “accuser,” that Brzezinski referenced.

Sanders categorically denied the charge but, either way, Brzezinski explained that it should be acceptable for people to have civilized conversations about whether or not America is ready for a female president without being criticized for the dialogue.

Fox News’ Joseph A. Wulfsohn and David Montanaro contributed to this report.