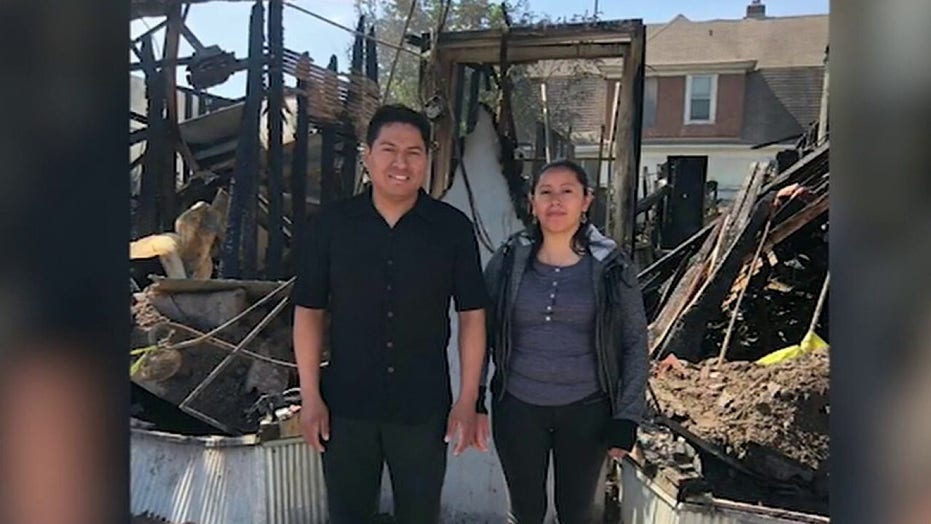 A Minneapolis restaurant owner watched helplessly as his dream of 17 years was set ablaze by rioters during a Facebook livestream last weekend.

Tamay, who came to America from Ecuador, had saved for more than a decade to get the capital he needed to open the restaurant.

According to Minnesota's Star Tribune, his specialty was a soup called encebollado, made with tuna fish, yuca, fried plantain and onions.

While Tamay had guarded his restaurant during the first few nights of the riots, he stayed home on Friday in accordance with the city's curfew, assuming that he had nothing to fear with the National Guard in town.

As El Sabor Chuchi began to burn, Tamay desperately called 911, but his attempts were in vain.

But, by the time Tamay went to the scene Saturday morning, the building had been completely destroyed -- as well as the buisinesses on either side.

Tamay told the Star Tribune he did not have insurance because quotes in the neighborhood were too high. The father of two was already working hard to pay his employees and other bills.

He said he is "so sad" for the riot-scarred commmunity.  The recovery will likely take years.

While Tamay's market is still standing, he said he will fear the worst until the unrest stops.

In the meantime, he plans to open for carry-out business on Monday.

A GoFundMe page for businesses on the street -- many of which are minority- and immigrant-owned -- and the community of South Minneapolis has been set up to help owners rebuild.