FOX Business host Mike Rowe joined 'The Brian Kilmeade Show' to discuss why he is most concerned about the metric and what it foreshadows for the nation.

FOX Business host Mike Rowe warned Monday that the labor force participation rate is the most "chilling" economic metric, citing millions of "able-bodied men" who are not working or looking for jobs. Rowe joined "The Brian Kilmeade Show" to discuss why he finds the metric concerning and what it signals for what's to come.

MIKE ROWE CALLS OUT LACK OF APPRECIATION FOR BLUE-COLLAR WORK

MIKE ROWE: I do think with regard to that workforce participation rate, that to me is the most chilling metric of all. It's more chilling than the latest report card because it's an indication of what's to come. …

Seven million able-bodied men between the ages of 25 and 54 are not only not working. They are affirmatively not looking for work. They've punched out. They're done. The vast majority of them spend over 2,000 hours a year on screens. Now, I'm going to get a lot of pushback for this because people will say, well, you're just calling lots and lots of people lazy. No, I'm not. I'm saying that the unemployment rate is an artifact left over from the Depression era when we tried to make sense of what was happening in our economy during a time when we explained unemployment by a lack of opportunity. Today you have 11 million open jobs. You have 7 million able-bodied men sitting it out. So what's really happening in the country now that scares me right to my core fundamentally is that we've never had so much unrealized opportunity and so little enthusiasm for it. 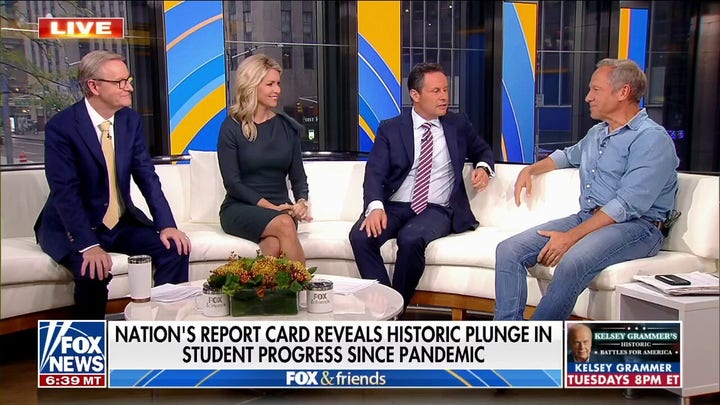