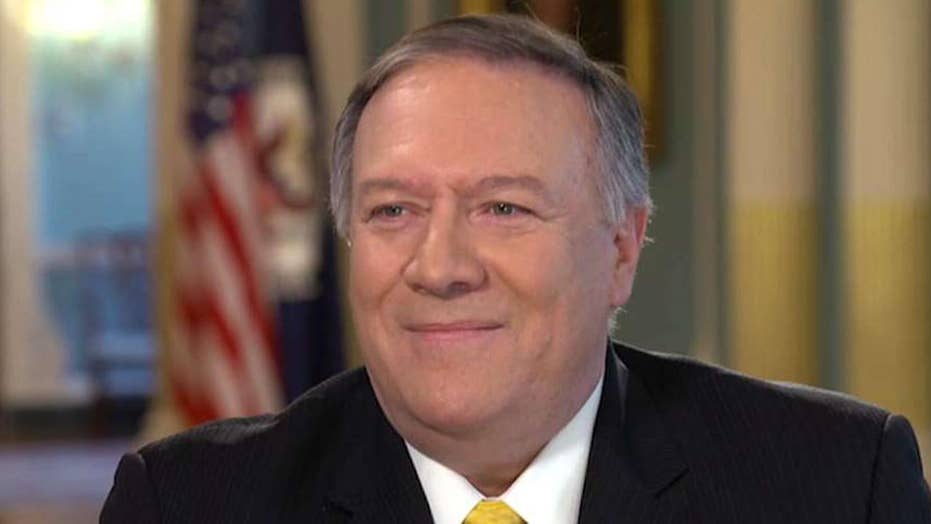 Laura Ingraham sits down for an exclusive interview with Secretary of State Mike Pompeo on 'The Ingraham Angle.'

Secretary of State Mike Pompeo fired back at one of his predecessors in an exclusive interview with Fox News' "The Ingraham Angle" Thursday, saying that John Kerry was indulging in a "fantasy" by claiming that Iran had reined in its destabilizing behavior after signing the 2015 nuclear deal.

"It’s a fantasy to think that the nuclear deal was good for the United States of America, protecting the American people," Pompeo told Laura Ingraham. "There were terror campaigns, there were missile systems that were enhanced, improved during the [period of the] JCPOA [nuclear deal] -- the money that the Iranian regime was permitted to have underwrote the very Shia militias that were the ones that took on and ultimately killed an American."

Kerry told MSNBC Wednesday night that there is "no way at all" the world is safer after Trump ordered a drone strike that killed Quds Force Gen. Qassem Soleimani at Baghdad's airport last week. The former senator from Massachusetts and 2004 Democratic presidential nominee also claimed that Trump was "fixated on undoing anything Barack Obama did ... [and] willing to run the risk of outright war in the effort to fulfill his fantasy."

TRUMP: IRAN MISSILES WERE PAID FOR WITH MONEY RELEASED BY OBAMA ADMINISTRATION 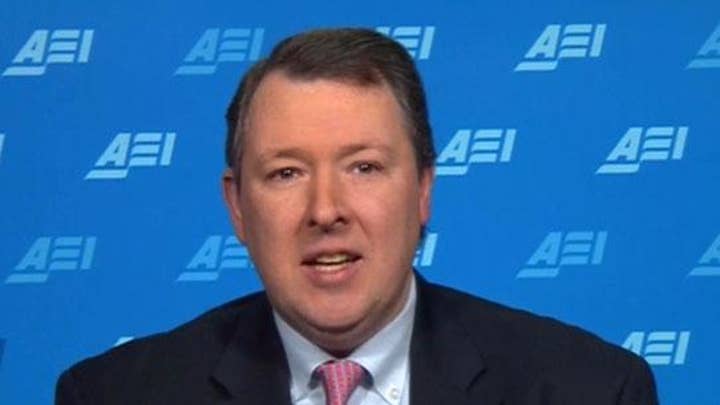 "This isn’t about undoing what Obama did," Pompeo told Ingraham Thursday. "This is about protecting and defending the American people. President Trump has been incredibly resolute in that."

During an address to the nation on Wednesday, hours after Iran fired 16 missiles at two Iraqi airbases housing American servicemembers in response to Soleimani's death, Trump claimed: "The missiles fired last night at us and our allies were paid for with the funds made available by the last administration." Pompeo doubled down on that claim, emphasizing that money paid to Iran by the Obama administration "ultimately ends up in the hands of people who wanted to do Americans harm."

In September 2016, the Treasury Department acknowledged that $1.7 billion was transferred from the U.S. to Iran in foreign hard currency. An initial $400 million delivery was sent to Tehran Jan. 17, the same day Iran agreed to release four American prisoners. The remaining $1.3 billion was paid in subsequent weeks. The $1.7 billion was the settlement of a 37-year-old dispute between the U.S. and Iran over a $400 million payment made by the last Shah of Iran. In addition to those payments by the U.S., billions of dollars in Iranian assets held in financial institutions overseas were unfrozen as part of the nuclear deal.

"All the things that we are now confronting are a direct result of the resources that the regime had available as a result of that terrible nuclear deal," Pompeo said. 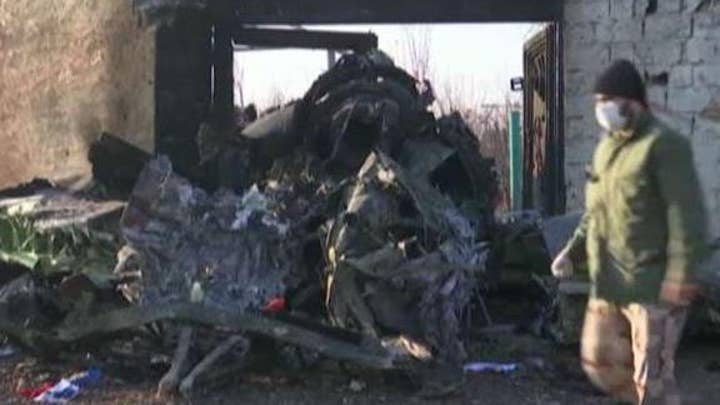 Pompeo also responded to criticism of a classified briefing to lawmakers Wednesday that was meant to explain the rationale behind the Soleimani strike. Democrats have said they do not believe the intelligence shown in the briefing proved that Soleimani represented an immediate threat to U.S. interests, while Sen. Mike Lee, R-Utah, called the briefing "lame" and "insane," describing it as the worst he had sat through in his time on Capitol Hill.

"I thought we did a dynamite job," said Pompeo, who took part in the briefing. "I mean that in the truest sense, but we did our level best to present them with all the facts that we could in that setting." The secretary of state also insisted that Soleimani was planning "a series of imminent attacks" when he was killed.

When Ingraham asked whether the administration could trust Congress with classified information, Pompeo said: "Well, we shared an awful lot with them yesterday ... I think there are a number of people who are using this as a political ax to grind. I think that’s most unfortunate."

Pompeo also responded to the apparent downing of a Ukrainian International Airlines plane by Iran early Wednesday that killed all 176 people on board. U.S., Canadian and British officials said earlier Thursday it is "highly likely" that the jet was struck by an Iranian missile.

"I’ve seen the reporting. I can only say that we need to get to the bottom of this very, very quickly," said Pompeo, who added that while a mechanical failure could have caused the crash, "if, in fact, it’s the case that there was something more insidious to this, the American people should know that this would have been Iranian malfeasance that caused it."