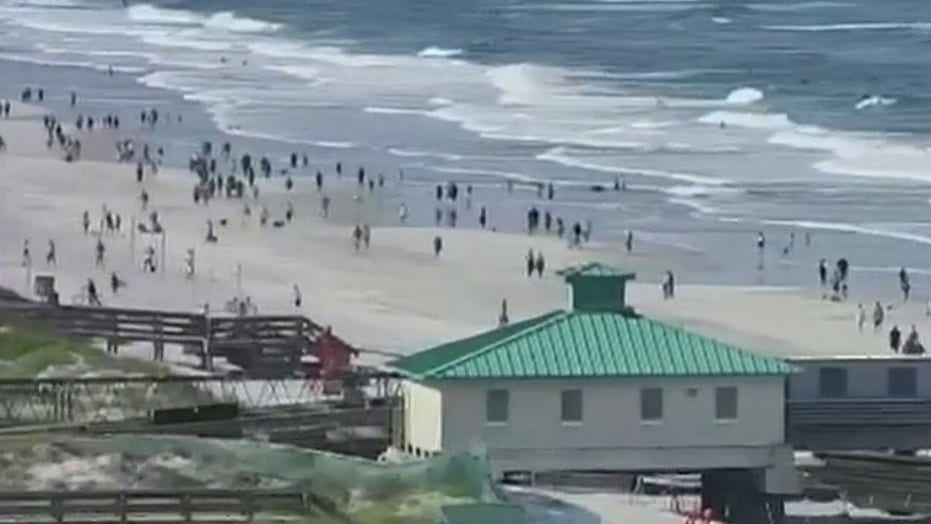 Jacksonville Mayor Lenny Curry details the restrictions and decision to reopen the beaches on 'The Daily Briefing.'

A Miami Herald columnist deleted a tweet and apologized after declaring that re-opening Florida beaches “should work nicely to thin the ranks” of Republicans and supporters of President Trump.

“Packed beaches should work nicely to thin the ranks of Trump/DeSantis/Gimenez supporters in #Florida who value money over health,” columnist Fabiola Santiago wrote in a now-deleted tweet, according to the Federalist, which captured an image of the message.

Santiago has been at the Herald since 1980, according to her website. She shared the 2001 Pulitzer Prize for Breaking News Reporting for her coverage of the Elian Gonzalez saga.

Santiago was met with severe criticism and condemned for the tweet.

Santiago eventually deleted the tweet and offered an explanation on Sunday.

“I deleted the tweet commenting on people at the beach because it didn’t accurately convey my sentiment and I want to apologize for the phrase I used that offended many people. Regardless of political differences, I would never wish any harm on anyone,” Santiago wrote.

“In fact, my intent was to sound an alarm about prematurely opening up the country and the state. I was trying to open eyes, minds and save lives, not create a controversy about me instead of the issue, which merits discussion,” Santiago added in a follow-up tweet.

The Herald's Executive Editor Aminda Marqués González responded to Fox News, “While columnists, unlike reporters, have broad latitude to express their opinions, the comment by Fabiola Santiago on Twitter crossed the line of acceptable commentary and does not reflect the views of the Miami Herald. She has deleted the tweet and issued an apology. We apologize on behalf of the Miami Herald and will follow up internally.”

Crowds returned to beaches in Jacksonville late last week after Florida’s governor gave the green light for some to reopen if done safely. Cheers could be heard at 5 p.m. when barriers to Atlantic Beach, Jacksonville Beach and Neptune Beach came down.

The beaches reopened with restricted hours and can only be used for walking, biking, hiking, fishing, running, swimming, taking care of pets and surfing, according to Jacksonville Mayor Lenny Curry. The decision caused an onslaught of backlash on social media.