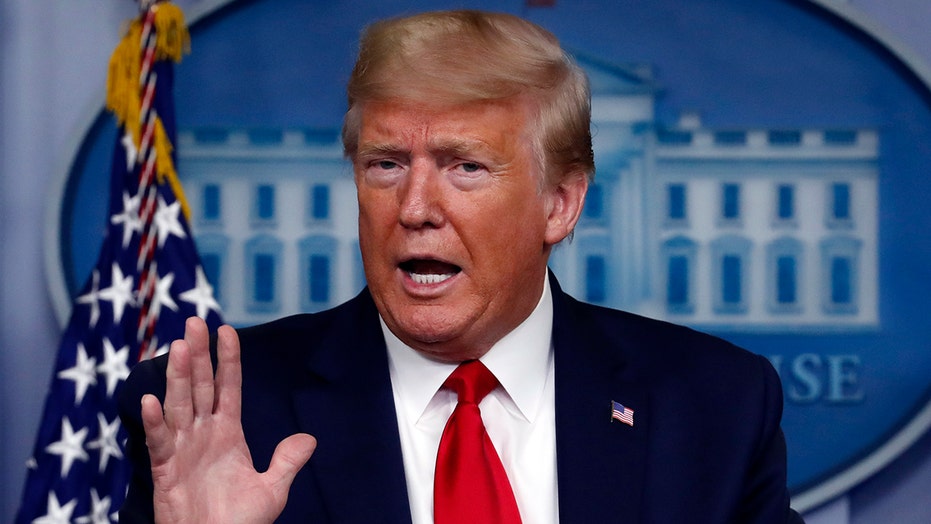 Approval of President Trump’s job performance inches up to a record high in the latest Fox News Poll, as voters rally to both the White House and Congress in the fight against coronavirus.

Amid widespread concerns about the virus’s spread and personally getting infected, 49 percent approve of the job Trump is doing as president.  That’s up from 48 percent two weeks ago and 47 percent in late February.

Forty-nine percent of voters disapprove, marking only the third time in Fox News polling that fewer than half rate him negatively.

Eighty-nine percent of Republicans approve of Trump, which is not far from his record 91 percent in January.  In addition, approval sits at or near his best among women, Democrats, whites, and white evangelical Christians.

Voters give Congress an even bigger ratings bump than the president: 35 percent approve of the job lawmakers are doing, up four points since March and up nine since late February.

By a 21-point margin, voters are more likely to approve of how their state government (77 percent) is handling the pandemic than the federal government (56 percent).

Trump’s rating on the pandemic is dampened by over half (55 percent) thinking the government responded too slowly and nearly half (47 percent) feeling he isn’t taking it seriously enough.

“The president’s bump in approval isn’t huge, and certainly not on par with the rally effect for George W. Bush after 9/11,” says Republican pollster Daron Shaw, who conducts the Fox News Poll with Democrat Chris Anderson. “But it could be consequential that he’s closing in on 50 percent, which is critical for his re-election chances.”

On specific aspects of dealing with the pandemic, Trump receives his highest score on empathizing with Americans (51 percent) and lowest on understanding the facts (45 percent).  About half say he is providing strong leadership (48 percent) and making good policy decisions (47 percent).

Concerns about the virus are high.  Fully 94 percent worry about the virus spreading.  Seventy-six percent are concerned about catching it, up from 69 percent two weeks ago.

Large majorities are also concerned about their state running out of medical equipment to treat coronavirus patients (80 percent), being able to access health care services (77 percent), and getting a coronavirus test (75 percent).

Twenty-one percent know someone who has the virus, up from 12 percent two weeks ago.  In addition, most, 79 percent, fear they or someone in their family could die from it.

And while most expect the worst is still ahead (75 percent), a majority of 57 percent says the country is moving in the right direction in the fight against the pandemic.

Views on economy sink during pandemic

Almost all voters are concerned the pandemic will lead to a recession (91 percent), most worry it will lead to economic hardship for their family (79 percent), and half of households (50 percent) have lost a job or had work hours reduced because of coronavirus.

That leads views on the economy to nose-dive.  The number rating the economy positively is down 29 points since January.  Now the largest share, 43 percent, say it is in poor shape, the highest level since October 2013.

These are the worst marks of Trump’s tenure, and the decline is due largely to Republicans:  41 percent rate the economy positively (excellent/good), down from 85 percent in January -- a 44-point drop.  Among Democrats, the shift was 18 points (from 31 to 13 percent).

“With this economic implosion so directly linked to coronavirus, the degree to which voters blame Trump for economic conditions will likely be based on whether or not they decide he could have mitigated the pandemic’s impact by preparing the country as soon as he was first warned,” says Anderson.

Voters see things changing soon.  Forty-four percent think the economy will get better over the next year, 35 percent see it getting worse, and 16 percent expect no change.  More than twice as many Republicans (66 percent) as Democrats (27 percent) see things improving next year.

In response to the pandemic, 88 percent report changing how they lead their life at least somewhat, including 56 percent who have changed things “a great deal.”

More say their interactions with others feel friendlier and more compassionate (34 percent) these days than less friendly (21 percent).  Another one-third say not much difference (35 percent).