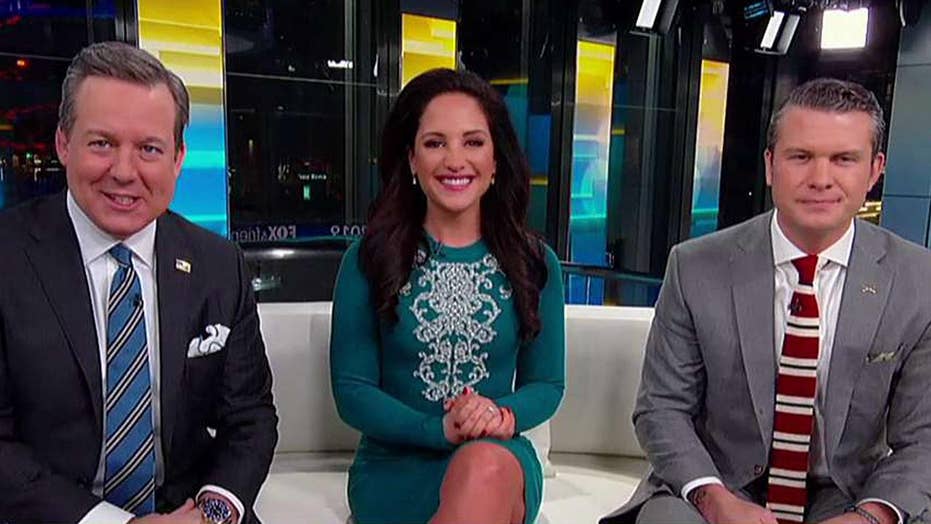 Rep. Maxine Waters, D-Calif., appeared to have been tricked by Russian pranksters into thinking she was speaking on the phone with Greta Thunberg and that the teenage climate activist had dirt on President Trump.

Vladimir Kuznetsov and Alexey Stolyarov, who go by the names Vovan and Lexus on YouTube, released audio of a phone conversation allegedly between Waters and people she believed to be Thunberg and her father. The audio was accompanied by illustrations poking fun at the conversation.

The conversation began with "Thunberg" telling Waters that she was calling from a climate strike meeting in North Carolina where they were advocating for the protection of the fictitious "Chon-Go-Chango" islands. She asked Waters to make remarks to the meeting attendees, where she showered "Thunberg" with praise.

"Thunberg" then told Waters about a fictitious meeting she said she had with President Trump at the United Nations back in September.

"It was a really terrible meeting in the U.N. building in September with him. And I had nightmares afterwards. It's terrible," the Thunberg impersonator told Waters. "I saw him in the hallway. He was with security and I shouted at him, 'Sign the Paris Climate Agreement again!' He came over, he leaned in towards me, and said softly, 'Listen carefully to me, little girl. You will never achieve your goal, like the congressional goal, trying to accuse me.'"

"He said you will never achieve your goal? Oh my goodness." Waters said with shock. "Did you ask him if he would rethink signing the Paris Climate Agreement? Is that your question to him?"

"Yes, yes," the impersonator said. "He added that ... 'You know what? I'll tell you the truth. I really wanted to push the Ukraine president to put my competitor on trial.'"

Her supposed "father" chimed in.

"He said to her, 'You know, little girl, nobody believe you anyway, I will tell you the truth. I really pushed on Ukrainian president and you know that you will never achieve your goals like those congressional fools who accuse me,” the fictional parent told Waters. "So nobody will believe you. You will be on trial like my competitor."

"Yes, he said that," the prankster responded. "And he added, 'Nobody will believe you anyway.'"

The prankster also alleged that his "daughter" always records her speeches and had a recording of her exchange with Trump.

The "father" suggested that Congress continue with the president's impeachment and offered that the activist can make a speech on Capitol Hill, something Waters expressed interest in.

"We are working very hard. We are putting together the facts and we're going after him," Waters told the "Thunbergs." "We're going to try everything that we have to impeach him. Yes. And if the public knew that he talked to Greta like that, he made her cry, and told her she would never achieve, this would go against him too."

"And he added that he pushed on the Ukrainian president," the prankster father reiterated. "I think he didn't expect that we have a record of that."

"Well, you bring it to me," Waters responded. "You tell me what day you can get there and we'll arrange to meet with you as quickly as we can. ... I will make myself available whenever you get there."

Waters' congressional office did not immediately respond to Fox News' request for comment.

Waters isn't the only lawmaker to be fooled by the Russian pranksters. House Intelligence Committee Chairman Adam Schiff, D-Calif., was also apparently pranked into believing that they had "naked Trump" photos back in 2018.