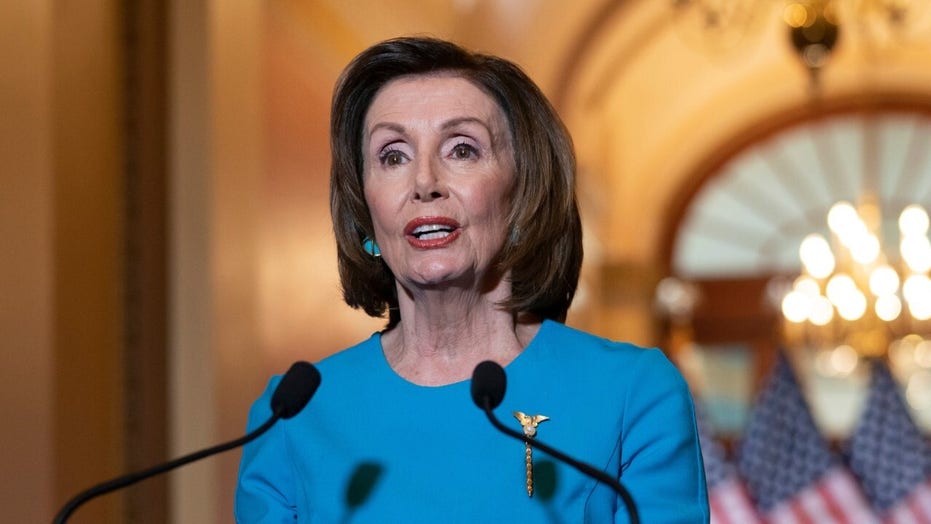 "Life, Liberty & Levin" host Mark Levin accused House Speaker Nancy Pelosi, D-Calif., of "exploiting this crisis to advance her radical agenda," after she announced Sunday that Democrats would be introducing their own stimulus bill to address the ongoing economic collapse amid the coronavirus -- all while the Republican-controlled Senate considered its own legislation.

"1. Pelosi’s poisonous politics feeds the Wuhan virus. She’s exploiting this crisis to advance her radical agenda.  She must be exposed and condemned for the diabolical huckster that she is," Levin wrote on Twitter, referencing the city in China where the virus originated.

"2. People are sick and dying and Pelosi is playing games. Apparently the TRILLIONS the Republicans want to spend isn’t enough," he added. "Sickening."

Pelosi's announcement, which came as the House returned from its weeklong recess, frustrated many Senate Republicans who have worked through their planned recess this week to craft the urgent economic-relief legislation.

PELOSI ANNOUNCES HOUSE DEMS WILL HAVE THEIR OWN CORONAVIRUS RESPONSE BILL

Treasury Secretary Steven Mnuchin indicated an agreement was within reach. But, faced with mounting opposition from Democrats who call the package insufficient, the Senate on Sunday evening failed to move forward with considering the Republicans' "Phase Three" bill.

Pelosi reportedly was seeking a "laundry list" of items to be included in the legislation, including wiping out up to $10,000 in student loan debt per person and securing election-security funding.

"It's on the Senate side now because that's their deadline for a vote, but we'll be introducing our own bill and hopefully it'll be compatible with what they discussed on the Senate," Pelosi told reporters early Sunday.