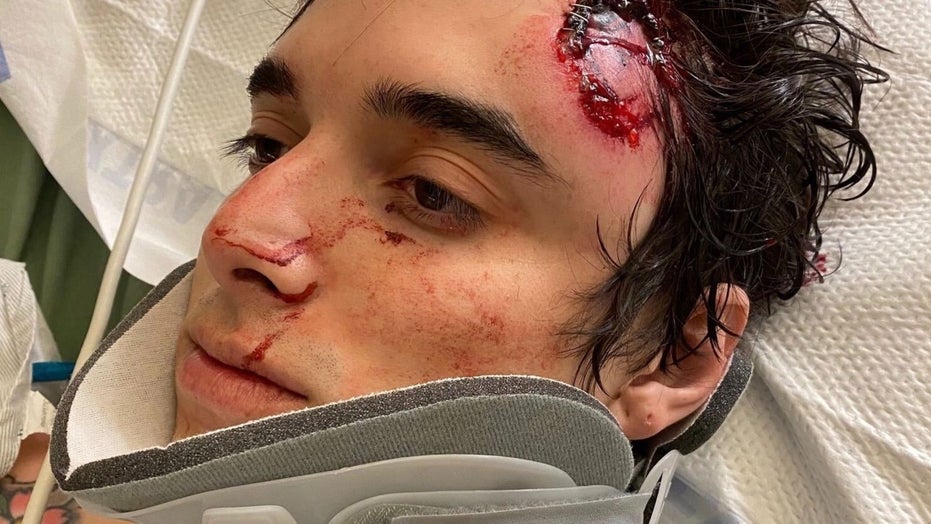 A Marine Corps veteran was sent to the hospital after Los Angeles police officers shot him and other protesters with rubber bullets in an effort to quell the unrest.

On Saturday, May 30, C.J. Montano, a Marine Corps veteran, decided to join a demonstration protesting the death of George Floyd in the Fairfax district in Los Angeles. It was his first protest ever. The protest started peacefully, but became increasingly violent when some people started throwing bottles and other objects at officers.

“We were sitting in intersections chanting peacefully, a lot of us sitting down," he explained. "When we reached a certain point on Beverly, police started showing up in riot gear and [started] funneling people in certain directions and launching their 40-millimeter rubber bullets … and it kind of dispersed the crowd. Then from that point, things had started escalating,” Montano told Fox News.

In Los Angeles and other cities across the country, police departments have attempted to quell unrest by firing rubber bullets into crowds.

A study published in 2017 in the BMJ, a weekly peer-reviewed medical journal, found that 15 percent of the 1,984 people studied were permanently injured by rubber bullets.

The 24-year-old said he tried to tell those who were throwing objects at the police to stop, but to no avail. Police officers started using tear gas and rubber bullets to break up the crowd and Montano found himself in the middle of the crossfire.

“They had shot me in the hips, in the stomach at the same time and I fell over. They shot the gentleman next to me as well. And we stood back up, put our hands up,” Montano described. “After a couple of minutes, they shot me in the ribs and then we moved to the side behind [a] sign so I could catch my breath.”

Montano said he went back out to the middle of the street with his hands up when he got shot in the head by another rubber bullet.

“I'm on blood thinners for a different condition. So I started leaking blood out of my head pretty bad,” he said.

A fellow protester Montano had never met before drove him to Cedars-Sinai Medical Center.

“They had to put seven staples in my head because my skull was showing from the front. And then after that, they did a CAT scan on my head and my brain was bleeding.”

Montano stayed at the hospital for two nights and after several more CAT scans and tests to check his mobility, he was released and allowed to go home. He said he now has to take anti-seizure medication and temporarily use a cane to get around.

The Fairfax demonstration was the first protest Montano has ever been involved in.

“When you're enlisted in Marine Corps, you can't publicly go out and bring a certain opinion or image to the Marine Corps that they don't want to represent. But now that I'm out, I finally felt like I have the ability to speak my own opinion,” he explained.

Although curfews have been imposed in multiple cities in the U.S., some demonstrators continue to clash with police, setting cars of fire, vandalizing property and stealing goods. The fallout to this kind of disorder has caused peaceful protesters to be mixed up in the same category as those who are intentionally trying to cause harm and chaos.

Even after the injuries he sustained, the young vet says he plans on joining other protests because he’s “tired of seeing racial inequality and injustice.”

“I'm going to wear more protection the next time I protest in the case that the violence does escalate, which I don't want it to. I don't want violence from either side. But I think that the more people that are out there, the greater the voice will be heard.”

Fox News reached out to the Los Angeles Police Department for a comment on their recent use of rubber bullets on protesters.