Bob Woodward may have sealed his place in journalism history nearly a half-century ago, with his reporting on Watergate, but that didn't seem to help him Wednesday night, when he drew boos from a Washington audience and sparked a Twitter backlash while moderating an interview with the two female co-authors of a new book about the Harvey Weinstein sexual-misconduct scandal.

Woodward, 76, an associate editor with The Washington Post, spoke with Pulitzer Prize-winning journalists Jodi Kantor and Megan Twohey of The New York Times, who recently published “She Said,” which details the Times investigation that exposed decades-worth of sexual assault allegations against Weinstein, the longtime Hollywood producer, and effectively launched the #MeToo movement.

​​​​​​​Bob Woodward speaks during an event to commemorate the 40th anniversary of Watergate in Washington, June 11, 2012. (Associated Press)

Woodward was slammed on Twitter as audience members accused him of repeatedly interrupting the two women authors. He was also reportedly booed during the interview, and some in the audience reportedly walked out on the event.

"Tomorrow there will be stories about how horribly Bob Woodward bombed this discussion," journalist J. David McSwane wrote. “Repeatedly asked why Harvey Weinstein did what he did. The authors responded, multiple times: power. He accused them of dodging the question.”

Technology journalist Kara Swisher described Woodward as "Interruptive, not focused on the women who were victimized by Harvey Weinstein and weirdly obsessed with that creep, it’s a exercise in how not to interview. The crowd no like.”

“Having a really fun time listening to Bob Woodward repeatedly interrupt and badger Jodi Kantor & Megan Twohey on why Weinstein did what he did & then charging them with purposely “dodging” the question to repeated boos, audience outbursts, and people walking out,” Anna Kain, who attended the event, also wrote.

A lengthy thread of tweets from Twitter user Robyn Swirling, which was retweeted by several other women who claimed to have been in the audience, also accused Woodward of “aggressive and uninformed questioning.” She said Woodward failed to understand rape culture and sped through a discussion about consent, “Showing exactly why he was the wrong person to have any sort of public (or private) discussion about #metoo.” 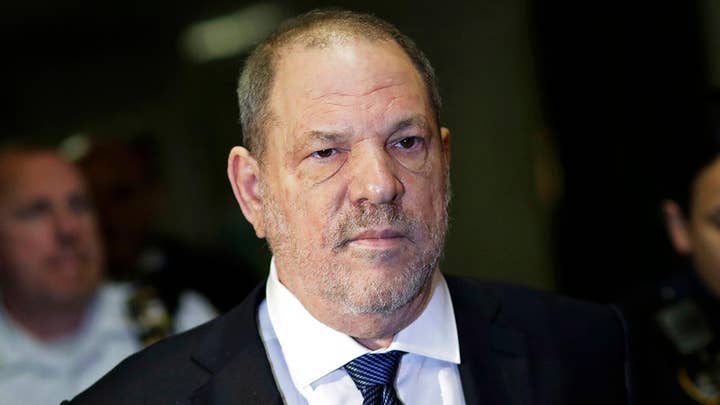 According to Swirling’s account, Woodward asked the two journalists 'did you find any women who made up allegations? That's very important.'”

Other Twitter users also took issue with the exchange.

“Listening to NYT reporters Jodi Kantor and Megan Twohey talk about their book She Said and interviewer Bob Woodward can’t talk about anything but Weinstein’s sex drive. Woodward is embarrassing himself!” Melanie Sloan wrote.