Republican National Committee national spokesperson Liz Harrington said on Wednesday that Democrats are running the same playbook against Republicans as they did in the 2016 election, which resulted in a President Trump victory.

“The playbook has not changed. President Trump focuses on what is more important, which is uplifting the ideals that we have in common and it is uplifting the history of the country that we can learn from,” Harrington said.

Harrington said Trump is also encouraging Americans to adhere to those founding principles of equality under the law, equal opportunity, are rights guaranteed by God and not by the government. 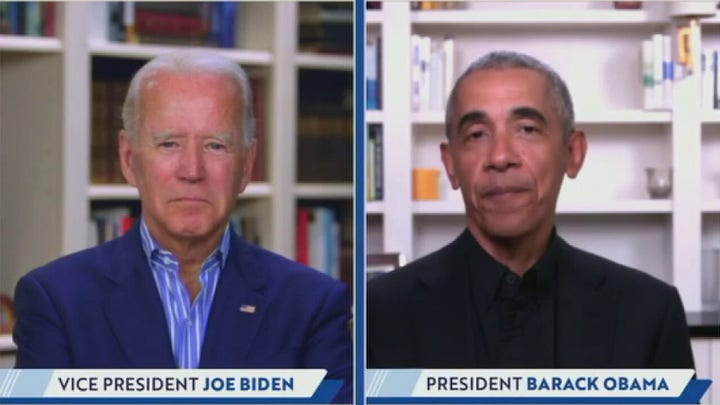 “On the one hand, you have Democrats unable to distance themselves from members of their own party calling for lawlessness and defunding and dismantling the police, not taking a stand against unruly mobs that are destroying public and private property,” Harrington said.

“And then a president who is for law and order and justice and fairness and restoring peace and prosperity.”

The survey is the latest national poll to show the former vice president topping the GOP incumbent in the White House by double digits. A Fox News Poll released last week showed Biden ahead of the president by 12 percentage points and a CNN survey from earlier this month put the margin at 14 points.

Other surveys indicate a single-digit advantage for Biden. An average of the most recent national polls compiled by RealClearPolitics puts Biden ahead of the president by 10.2 points. But that’s double the roughly 5 point advantage the former vice president held over Trump in the average of national surveys in mid-May.