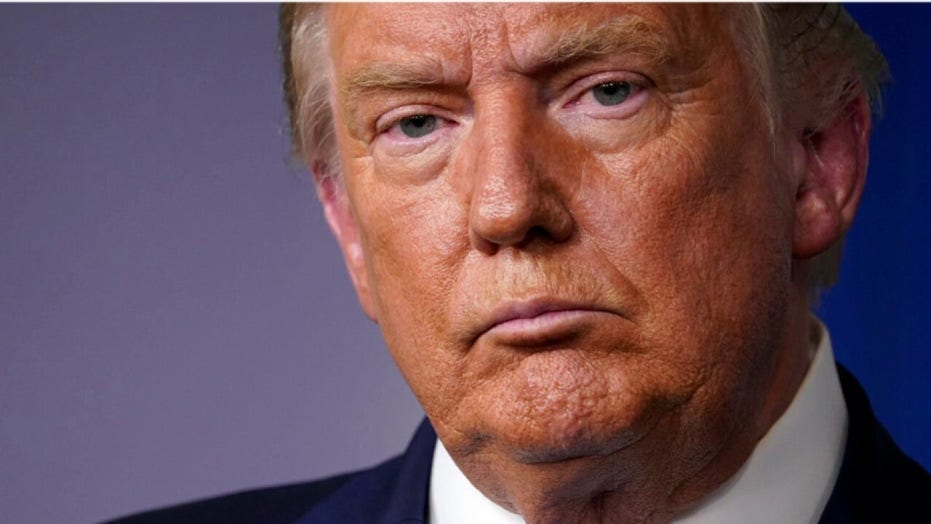 The mainstream media is "fueling the flames" of potential post-Election Day rioting by left-wing activists while ignoring underhanded and ethically questionable tactics by Democrats in order to entrap President Trump in a situation where he is seen as a "dictator," syndicated radio host Mark Levin argued Thursday.

"Who is it that's changing election laws in the battleground states? Democrats," the "Life, Liberty & Levin" host said, accusing governors of doing so by "executive fiat" and by "cherry-picking" judges and politically friendly court jurisdictions to get favorable rulings.

Addressing the uproar over President Trump declining to commit to a "peaceful transition of power" when asked by Playboy reporter Brian Karem at a White House briefing Wednesday, Levin accused the journalist of "implicitly" foreshadowing post-Election Day rioting.

AT LEAST SEVEN MILITARY BALLOTS FOR TRUMP DISCARDED IN PENNSYLVANIA

"Who is threatening to riot?" Levin asked. "Members of the National Rifle Association or pro-life groups? It's Black Lives Matter and Antifa."

The host then mimicked the purported tenor of Karem's question.

"You have to give up, no matter what, you have to lose, we the media, we Democrats, we have traps set for you," Levin continued. "You can't win, Mr President -- we've got it all set now -- so will you commit here today that you will surrender?

"The media are now fueling the flames for riots and violence beyond what you've seen after the election ... the narrative has already been set: If Trump is winning on Election Night, he cannot declare himself the victor because we have all these mail-in ballots to count -- for weeks [plus] litigation galore," he went on.

Levin said that while the media obsesses over Trump's remarks, they intentionally ignore questionable conduct by Democrats and the Biden campaign.

"Who is it that has hired over 600 ambulance-chasing lawyers ... positioned in all the battleground states and all the counties to litigate?" he asked. "The Biden campaign! Who is threatening riots in the streets if they don't win the election? Those are Biden voters!

"Who is it that is trying to crash the system with mail-in votes knowing full well a lot of these states aren't going to be able to handle this thing? The Biden campaign."