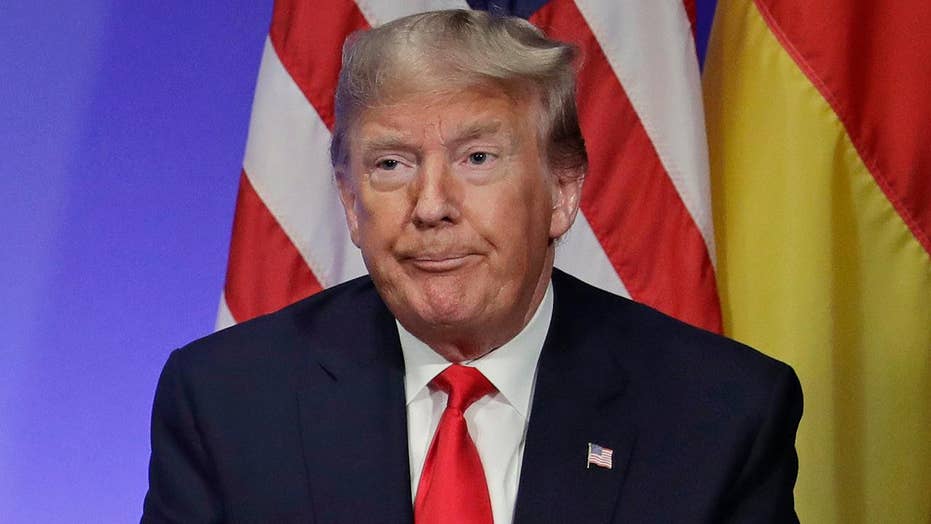 Sen. Cory Booker said Wednesday the now-infamous video of world leaders appearing to laugh at the expense of President Trump at a NATO event on London is proof America “cannot be trusted” by its allies.

“On the world stage, [Trump] just insulted, called the leader of Canada, our most essential ally who has been there with us in every conflict since 9/11, standing in partnership with us in so many ways, to just throw out a school-yard taunt, or punch, like that… [it] stunned me,” Booker said.

Sen. Cory Booker said the video of world leaders appearing to laugh at the expense of President Trump is proof American “cannot be trusted” by its allies.

“Morning Joe” co-host Willie Geist then said Trump’s “two-faced” remark was in response to the viral video of Trudeau, British Prime Minister Boris Johnson, and French President Emmanuel Macron and others appearing to laugh at Trump during a Buckingham Palace discussion on Tuesday.

“It appears that they’re making fun of President Trump,” Geist said. “Put that together with the way we’ve seen some of these leaders push back on President Trump at this NATO summit. What picture does it paint of where we are in the world right now?”

“Our allies no longer trust us. It is weakening the fabric of democracies at a time when the planet Earth is seeing the rise of totalitarianism or authoritarian government,” he said. “This president seems to be weakening western and democratic alliances.”

Booker added, “Republicans know this... they know what’s going on.”

The news-making video of some of the world’s most powerful leaders appearing to poke fun at Trump was shared by the Canadian Broadcasting Company (CBC). When Trump was asked about it during a bilateral meeting with German Chancellor Angela Merkel, he said of Trudeau, “He’s two-faced.”

Trudeau appeared to be at the center of the video joking about Trump’s impromptu press conference on Tuesday.