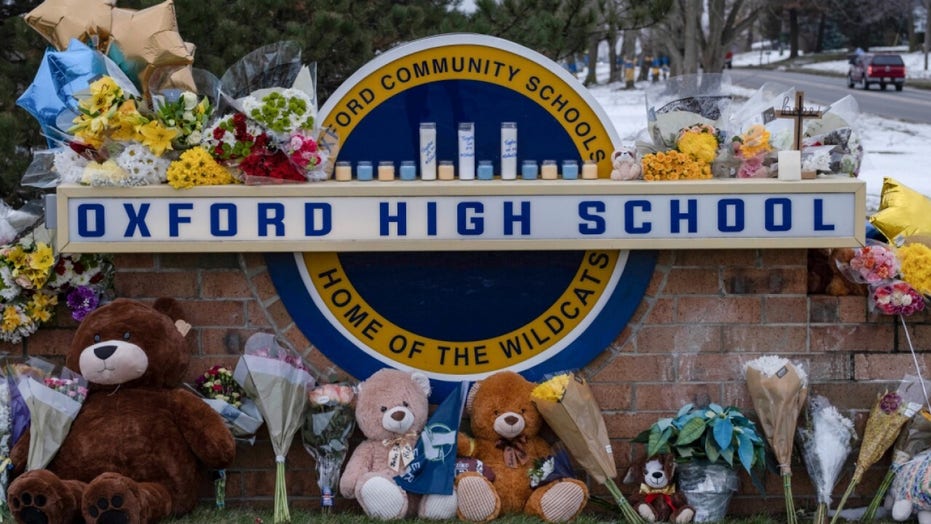 The parents of two Oxford High School students who narrowly survived the Nov. 30 shooting are suing the Michigan school district for allegedly endangering their children in a pair of lawsuits seeking $100M each.

Plaintiffs Jeffrey Franz and Brandi Franz are suing the school district on behalf of their daughters Riley and Bella, who are 12th and 9th-grade students at Oxford High School. Riley was shot in the neck.

The lawsuit alleges that Principal Steven Wolf and Superintendent Tim Thorne made "the student victims less safe" before Ethan Crumbley, 15, brought a weapon to school and opened fire on his classmates.

Famed attorney Geoffrey Fieger is representing the family. He told "The Story" on Thursday that Crumbley's intent to harm students should have been "obvious" to school officials in light of his newly uncovered social media posts where he appears to threaten his school the night before the shooting.

"Instead of calling the police liaison officer, they called his parents," he added. "They told his parents to take him out of school. The parents refused. They said okay, he can stay here and go to class."

That decision, Fieger said, resulted in a "tragic mistake."

On or around Nov. 16, parents apparently voiced their concerns to Wolf about Crumbley's threats made on social media and other signs of troubling behavior.

In a Nov. 16 email to parents, Wolf wrote, "I know I'm being redundant here, but there is absolutely no threat at the HS…large assumptions were made from a few social media posts, then the assumptions evolved into exaggerated rumors," according to the lawsuit.

A day before the shooting, the lawsuit says, Crumbley tweeted, "Now I am become Death, the destroyer of worlds. See you tomorrow Oxford."

Timothy Mullins, an attorney for the school district, later responded: "To allow the entire community the ability to heal, I have no intention of litigating this matter in the media." He also said the school district was following a request from the prosecutor not to comment, so as to "avoid compromising" any court proceedings.

People embrace as they pay their respects at a memorial at Oxford High School, a day after a shooting that left four dead and eight injured, in Oxford, Michigan, Dec. 1, 2021. (REUTERS/Seth Herald)

Fieger, who sued the parents of Columbine High School gunmen Dylan Klebold and Eric Harris in 1999, told host Martha MacCallum that it is both "horrific and ironic now that 20 years later, we’re going through it over and over and over again."

Riley Franz was released from the hospital this week and is expected to make a complete recovery at home. Fieger said younger sister Bella Franz, while unharmed, is "traumatized beyond belief."