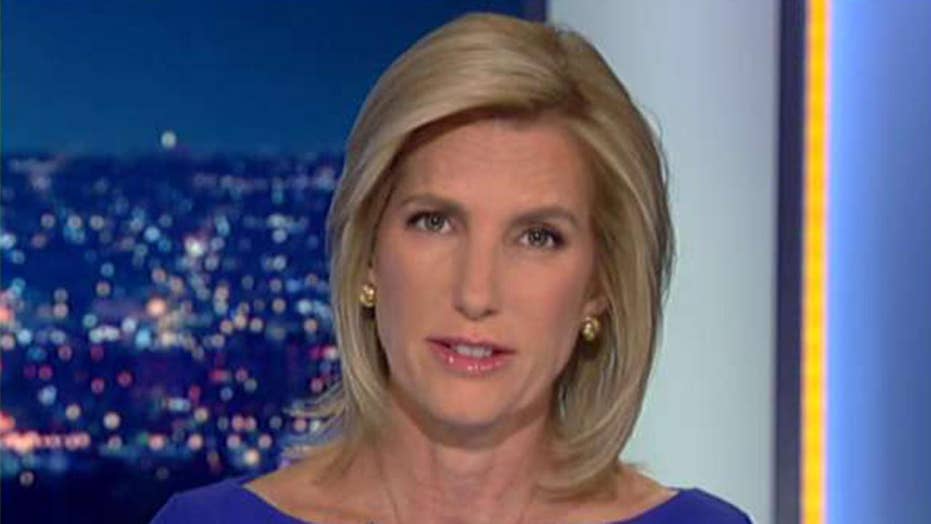 Ingraham: Sending the moderates a message

Laura Ingraham didn't mince words Monday, calling on the "moderate" Republican senators who are open to hearing witnesses in the Senate impeachment trial to change course, saying the "entire presidency is on the line."

"Now, in the Senate, [Sen. Mitt] Romney feels that he can play the people for Utah for suckers," Ingraham said on "The Ingraham Angle." "Now let's waste millions of taxpayer money, weeks of legislative time to force the Senate to call witnesses that [Jerrold] Nadler and [Adam] Schiff didn't even bother pursuing."

WHO IS LEV PARNAS AND WHY MIGHT DEMS WANT TO CALL HIM AS A WITNESS?

Ingraham asked aloud why any Republican would bother to consider witnesses.

"Well, remember, [House Speaker Nancy] Pelosi and Schiff want witnesses only to scuff up the president before the next election period. It's not about fact-finding. So why on earth would any Republican agree to this?" Ingraham asked. "There has to be a political price to be paid for engaging in these types of charades."

Ingraham called on voters to let these senators know how they feel on the topic of witnesses.

"Murkowski has to understand that with the entire presidency on the line, this is no time now to show off her independent streak. And Collins needs to hear that it's about to get a lot colder for her in Maine if she plays footsie with Pelosi and Schiff," Ingraham said. "And Lamar Alexander, God bless him, he needs to know that his legacy will be forever tarred if he's part of creating a precedent for this type of political impeachment."

The host once again warned Republicans there was a price to pay with their decision.

"Good luck protecting them from the voters if they make the wrong decisions," Ingraham said. "Any Republicans who appear to have taken these bogus articles of impeachment seriously will only be remembered as craven fools and puppets of the New York Times."