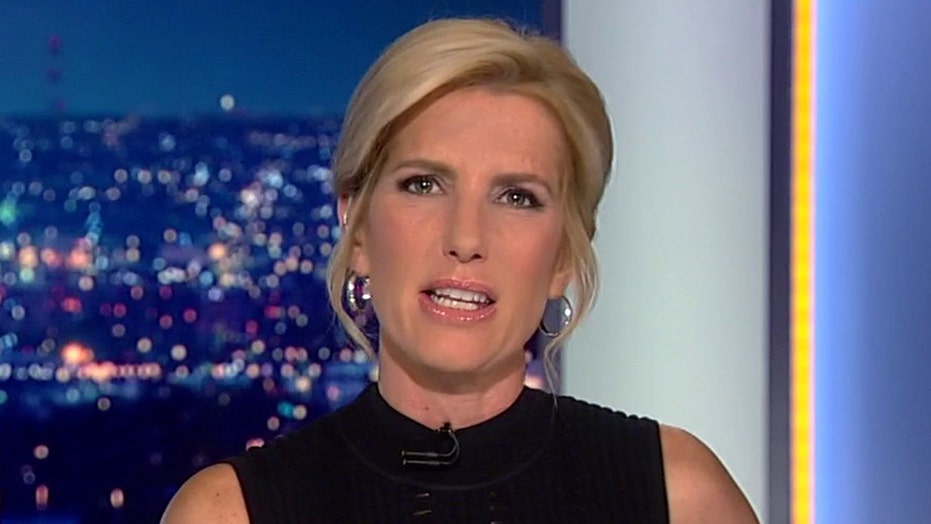 Laura Ingraham took aim at Democrats tonight, saying they likely do not feel as confident today in their Senate impeachment trial push than they did yesterday.

"After the Trump defense team wrapped up its arguments, even yielding back time to the Senate, the mood on the left seems to have, well, shifted," Ingraham said on "The Ingraham Angle." She said Rep. Adam Schiff, D-Calif., was unhappy Trump's legal team ended early Tuesday. "Well, only in the land of fraudulent impeachments would the lead house manager complain that the other side didn't spend more time arguing their case."

"Do the Democrats really think this is going to work, that they were going to be able to invalidate the last election and steal this next one by just simply citing public statements of former White House staffers?" Ingraham asked, referencing former National Security Adviser John Bolton's claims in his book manuscript against Trump and former White House chief of staff John Kelly's support of Bolton.

Ingraham asked what moderate Republican senators who could vote for witnesses have to gain if they side with Democrats.

"So who exactly do these moderate senators think they're actually appealing to if it turns out they vote to prolong this impeachment farce?" Ingraham said.

The host accuse Democrats of trying to damage Trump and drag out impeachment before the election.

"Look, they don't have the votes to remove Trump. Democrats don't have those votes. Everyone on television was conceding that today. So what is the point of doing this to the country?" Ingraham said. "Well, as they did during the Kavanaugh fight, they just want to drag this out in hopes that the next news cycle will bring them some some manna from heaven to damage the president before the first ballots are cast."

Ingraham warned there was a political price to pay if any Republican senators side with Democrats on witnesses.

"Should these moderate Republicans vote to help [Adam] Schiff, [Nancy] Pelosi and [Jerrold] Nadler prolong this national nightmare, there won't be enough booze in all of New Jersey to soothe the political pain coming their way," Ingraham said. "That will be political suicide."