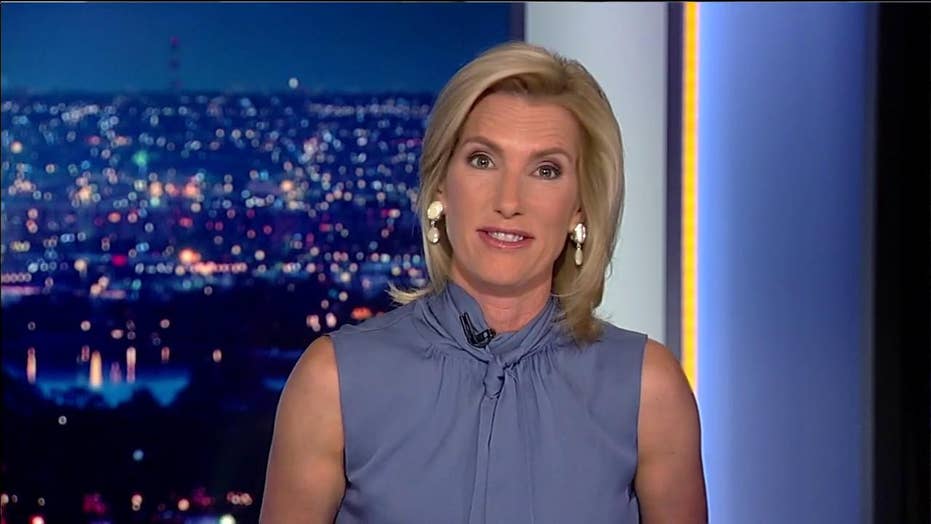 "I like Bolton. He's been on the show a number of times, but he's a neo-con who never should have been hired by Trump in the first place," Ingraham said on "The Ingraham Angle" Monday. "None of what he could say and none of what he could write could change the facts as they occurred. It is long past time to put an end, a merciful end to this impeachment fiasco."

Ingraham turned her attention to the moderate Republican senators.

"I'm more outraged that the four squishy senators and the Republican Party are toying with prolonging this national nightmare," Ingraham said. "Now, if you're a senator and if you listen to both sides the past week and you are telling us you still haven't decided how you're going to vote and an ultimate verdict, here's my message. You resign. You shouldn't be in the Senate."

"You get the sense, don't you, that the handful of moderate Republicans, they're enjoying their Hamlet routine right now, a little bit too much," Ingraham added. "People like Mitt Romney, Susan Collins, Lisa Murkowski, I'm sure they're great people. Nothing personal against them."

The host compared the senator's siding with Democrats on witnesses to a "one night stand" before urging voters to call the senators and voice their feelings.

"Long after their one night stand with the Liberals ends, their constituents will see their posturing for what it is, a walk of shame, allowing this circus to continue for months... We'll be in for months if this continues," Ingraham said.

Ingraham added one more thing to think about for the GOP legislators.

"Just ask Jeff Flake how life is after the Democrats no longer had any use for him," Ingraham said.