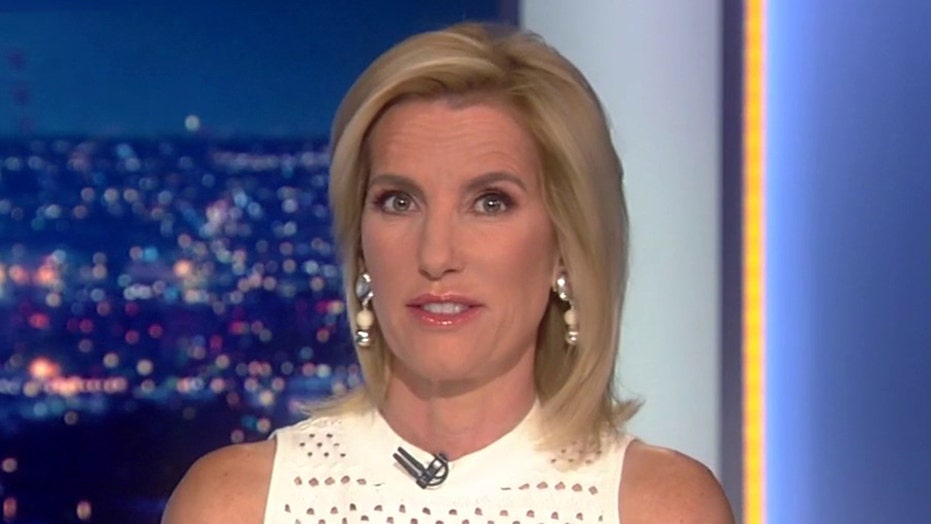 Laura Ingraham laughed off Democrats and the political analysts on cable news claiming Republicans were in trouble in the Senate impeachment trial, noting that Democrats are now fracturing on whether or not to acquit the president and speculating that the president's enemies will try to drop more "bombshells" this week.

"As cracks spread through the Democrat ranks, we predict that they're going to try to pull other rabbits out of their hat. But at this point, Republican senators should know how this game is played," Ingraham said on "The Ingraham Angle." "Just when you think you see the light at the end of the tunnel, the resistance throws shade. Reports of new witnesses, flood Twitter, targeted leaks dominate the news cycle. Anything to prolong the drama."

Ingraham argued that the founders would not support the current impeachment case and that Democrats should stop "torturing" the country with the process.

"Our founders didn't want us to do impeachment by shiny objects and the Senate shouldn't torture the nation any longer with his tedious faux legal job just as they tried in the off fight by digging up supposed victims and late in the game, unverifiable allegations," Ingraham said.

"Democrats think time is on their side, but Republicans fought this then and they need to fight it now," Ingraham said. "The only response to the Democrat's sleazy tactics is unwavering GOP unity, at least for a couple more days."

The host also called on Republicans to stand up for themselves.

"And when Schiff and Schumer accuse you of a cover up, throw it right back in their faces," Ingraham said. "They've been covering for their own deep state, for their own foreign policy and domestic policy failures since Trump announced he was running."