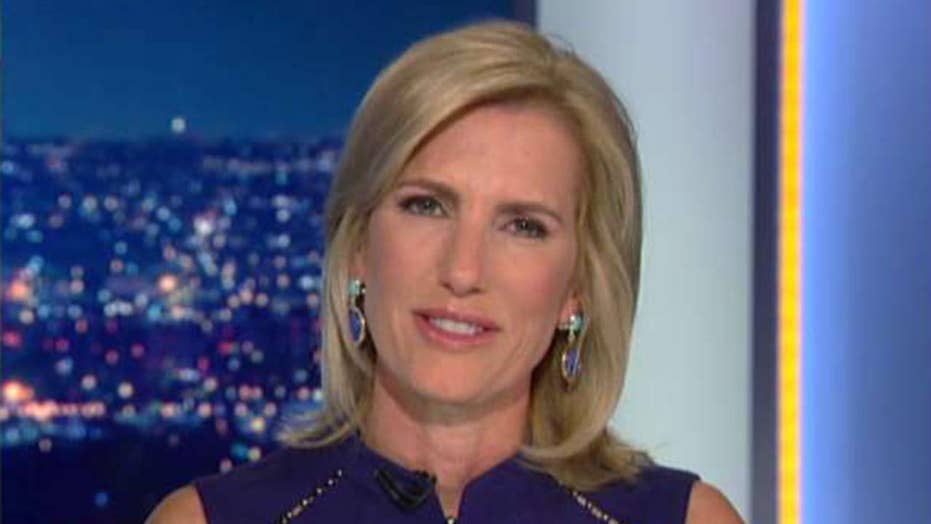 Ingraham: A tale of two leaders

Laura Ingraham mocked Wednesday's impeachment "theatrics" by House Speaker Nancy Pelosi, juxtaposing it with President Trump's historic trade deal with China and saying that long-term the lead up to the impeachment will be forgotten.

"It was a day of choreographed moments, though, that was supposed to indicate the seriousness, the prayerfulness of all of this," Ingraham said sarcastically. "Not political at all, of course, but it only underscored the vacuousness of Pelosi and her collaborators."

Ingraham marked the significance of the China trade deal.

"While Nancy was trying to pass herself off as a second Betsy Ross, Trump was signing phase one of a trade pact with China that will directly benefit you, the American workers and our industry," Ingraham said. "Now, this is a deal no one thought was going to happen, but it tackles intellectual property theft, has real enforcement triggers, still keeps tariffs in place to keep the Chinese honest."

The host teased Pelosi for the spectacle of Wednesday's ceremony.

"Sorry, Mr. President, but Pelosi was not going to be bested by some historic trade deal," Ingraham said. "No, she had her own signing ceremony of the articles of impeachment."

"The only thing that the parade lacked was Nancy in the lead carrying the patriotic incense or maybe twirling a baton," Ingraham added.

"Years from now, when we look back on this day, no one's going to remember Nancy's cheap theatrics," Ingraham said. "They will remember though, how President Trump brought the Chinese to the bargaining table and delivered achievements few ever thought were possible."