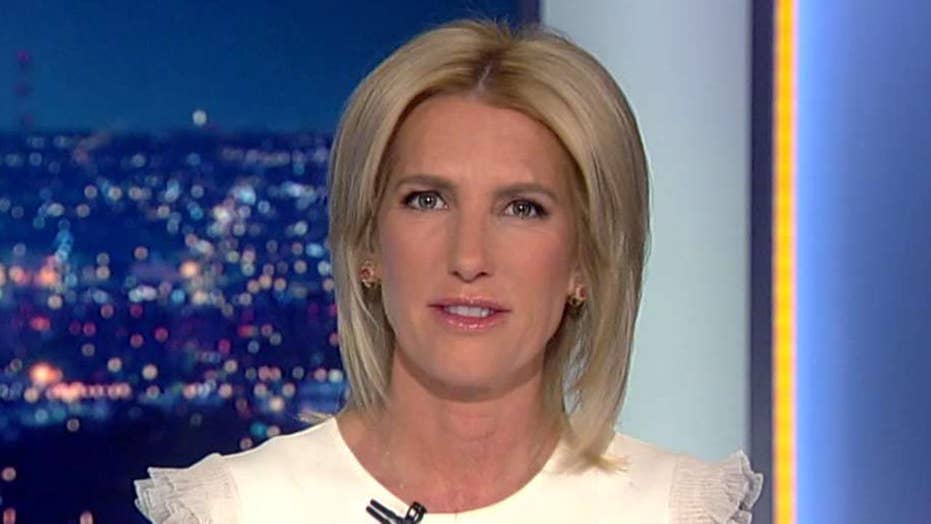 Democrats still not able to prove charges against Trump.

"The theme about this new maxim seems to be 'If at first, you don't persuade, lie, lie again,'" Ingraham said on "The Ingraham Angle."

SCHIFF, IN MAJOR REVERSAL, ADMITS HE SHOULD HAVE BEEN CLEAR ABOUT HIS OWN CONTACT WITH THE WHISTLEBLOWER

Ingraham sarcastically claimed that Schiff had developed the "power to read minds" in the course of the impeachment investigation.

"You can see a lot of things about the attorney general [William Barr], but you cannot say that he ever has looked to pursue something he thought was not in the president's interest," Schiff said earlier Thursday. "This is pretty extraordinary where he is saying the moment this [July 25 phone call] transcript is publicly released. 'I've got nothing to do with this scheme.' The attorney general, I mean, could recognize a drug deal when he sees it too."

"He's been called a virtuoso," Ingraham said of Schiff. "So I guess they forgot to mention that he's a walking, talking, Magic 8-ball, too, because he now can read the mind of Attorney General Bill Barr just because Barr said I didn't talk to anyone about this big deal."

Ingraham boiled down her interpretation of the Democrats' motives for impeaching Trump.

"The impeachment zealots don't like Trump's vision for U.S. foreign policy. They want to go back to the old globalist days, where we'll intervene anywhere we feel like on any given day," Ingraham said. "So instead of challenging him on his ideas or at the ballot box, they hope to remove him from office. That's what it all comes down to."

"Even Democrats," the host added, "should be alarmed by the stupidity of these arguments."