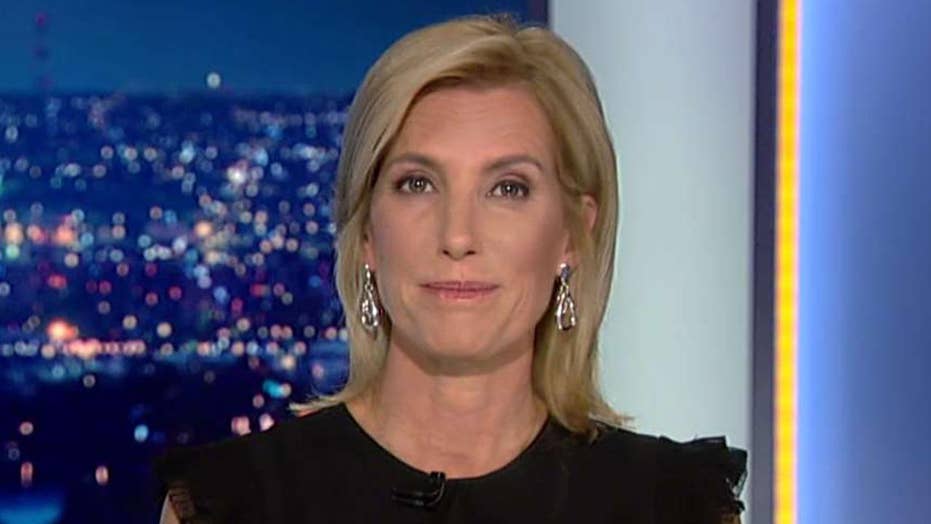 What's really at stake if Democrats win in 2020?

Laura Ingraham warned viewers Thursday night on "The Ingraham Angle" that if Democrats win the 2020 elections in November, the country and its citizens would be "impeached" just like President Trump.

"If 2020 sweeps Democrats into power, the government will be filled with angry MSNBC hosts, thousands of political appointees to do to the American people what they're trying to do to President Trump," Ingraham warned.

Ingraham said Democrats would not only target the economy but other fundamental freedoms as well.

"It's not just the economy that the Democrats intend to destroy while pretending to be these grand patriots, "Ingraham said. "Basic freedoms of speech and of religion will also be under constant assault.

The host warned viewers that the positive message of former President Barack Obama was gone and replaced in the Democratic Party by House Speaker Nancy Pelosi with "revenge."

"Pelosi has shown us time and again that Obama's promise of hope and change is dead," Ingraham proclaimed. "They want revenge."

"So, November, you don't vote for Trump, [you] vote for one of these other people. It's just gonna be payback for four years, "Ingraham said. "If they impeach Trump on these bogus grounds, do you think that they're gonna become Bill Clinton centrists if they win the presidency?"

Ingraham warned that Democrats would "impeach" anyone in their path.

"They're going to impeach the economy, impeach the Constitution, impeach our history and bulldoze anyone, any group, any company that gets in their way," Ingraham added.