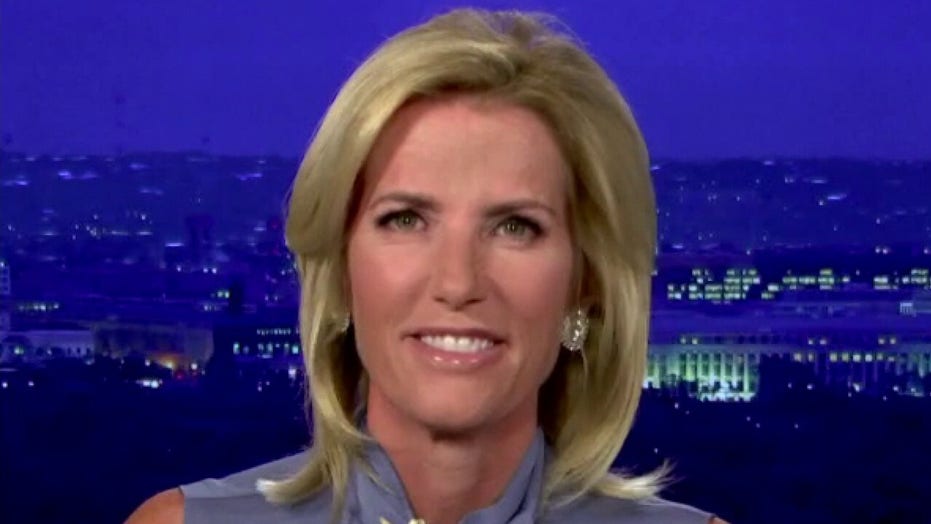 Everywhere you look in Blue State America, they're trying to keep you from living, exercising your freedoms and deciding your own path to happiness.

Democrats at all levels of government have "declared war on fun," and appear to be violating Americans' right to "the pursuit of happiness" enshrined in the Declaration of Independence, Laura Ingraham claimed Thursday.

"The Ingraham Angle" host played a clip of President Trump calling on Michigan Democratic Gov. Gretchen Whitmer to "open up your state" to cheers from the crowd at his campaign rally earlier in the evening.

"When you look at the faces in the crowd, these people were there because they wanted the freedom to pursue their own happiness ..." Ingraham said. "But Democrats, they hate this scene ... They want to make all your decisions for you.

"It is all about power and all about control," she added. "They've worked hard to shut down schools, shut down sports, and they have proclaimed now that football is not essential."

According to Ingraham, the folks "pulling the strings in the Biden puppet show" have forgotten that the rights of Americans to "life, liberty and the pursuit of happiness" are unalienable, "meaning government can't take them away, or at least shouldn't be able to take them away.

"Yet everywhere you look in blue-state America, they are trying to keep you from living, from exercising your freedom, from deciding your own path to happiness," she continued, adding that the only section of the population currently allowed to exercise that right appears to be Antifa.

"In [that] case," Ingraham stated sardonically, "You are free to set fires, beat people up, harass diners in restaurants, or harass suburbanites as they sleep."

The host added that some of the places suffering the most under lockdown were once renowned as global tourism destinations.

"Remember the hustle and bustle of New York City?" she asked. "Broadway, the galas, New York City Marathon, the hopping restaurant scene. How many 'I Love New York t-shirts are vendors selling these days?"

"Democrats are like perpetual bad parents," Ingraham concluded. "They treat everyone like children and ground us for absolutely no reason at all."