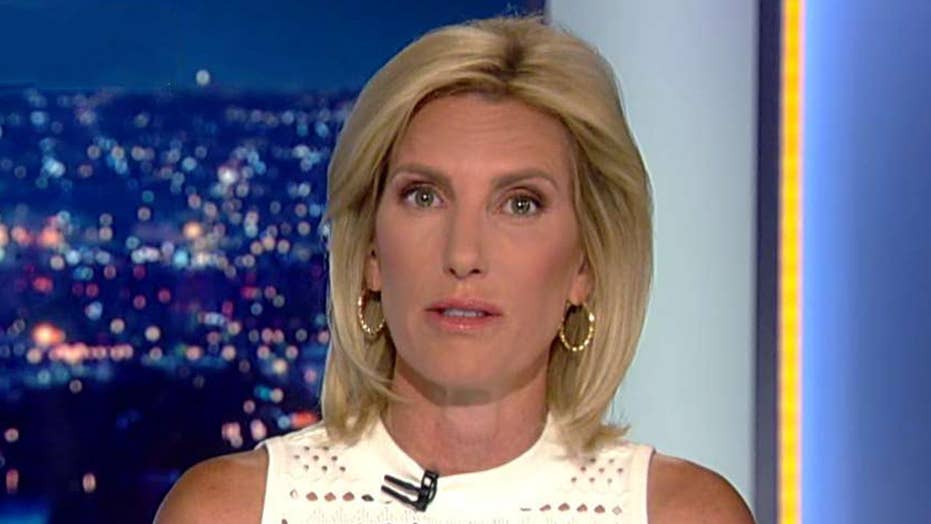 Laura Ingraham went after liberals Monday for pushing "climate change hysteria" and using children to do it.

"The puppet masters, the adults who are pushing a radical anti-carbon agenda that goes way beyond conservationism... they've been even willing to use children, innocent children, to sell their doomsday scenarios all for dramatic effect," Ingraham said on "The Ingraham Angle."

CARL ROTH: STOP SCARING OUR KIDS ⁠— THE WORLD IS NOT ABOUT TO END AND WE ARE NOT ALL ABOUT TO DIE

World leader after world leader told the United Nations on Monday that they will do more to prevent a warming world from reaching dangerous levels.

Before the world leaders made their promises in three-minute speeches, 16-year-old climate activist Greta Thunberg in an emotional speech chided the leaders with the repeated phrase, "How dare you?"

Ingraham argued that adults should be reassuring their children, not using them to push their agenda.

"The adults who brainwash these kids should be brought up on charges of child abuse," Ingraham said.  "We should be reassuring the young people and telling them that the science shows that climate trends that we're experiencing are natural."

The host argued that liberals are looking to use climate change to confiscate wealth and gain power.

"Liberals want to use this global crisis to perpetuate a massive confiscation of wealth. That means your wealth," Ingraham said. "And then that means government control that they could never achieve at the ballot box."