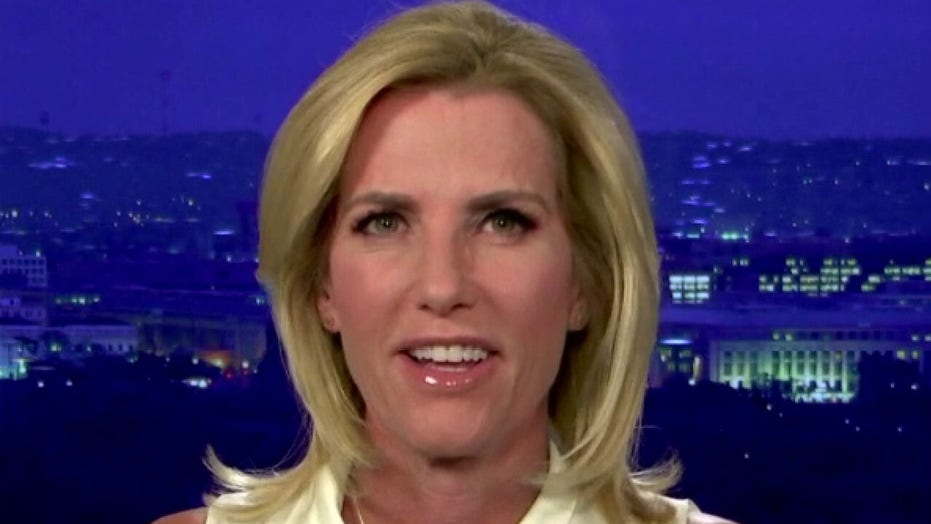 Democratic presidential nominee Joe Biden is nowhere to be found while "his entire party is going off the rails" at the prospect of President Trump nominating a replacement for late Supreme Court Justice Ruth Bader Ginsburg, Laura Ingraham said Monday.

While Biden was "basically hiding most of the weekend" following Ginsburg's death from pancreatic cancer Friday at age 87, Senate Democratic Leader Chuck Schumer joined Rep. Alexandria Ocasio-Cortez, D-N.Y., at a New York City press conference to stake out the Democrats' ground in the coming confirmation fight.

"Surely the leader of the Senate Democrats isn't appearing with a freshman congresswoman on a matter that the House has zero authority over?" asked "The Ingraham Angle" host rhetorically. "He wouldn't do that. Chuck Schumer? Oh, yes, he would."

Ingraham scoffed at Biden's decision to keep a relatively low profile since Ginsburg's death, saying the former vice president "doesn't even know what to do" amid the fast-moving developments.

"He is too weak to control the young Bolsheviks -- he doesn't have the sharpness to redirect their efforts," Ingraham added. "And now, his entire party is going off the rails.

"The real choice in this election has nothing to do with Biden," she concluded. "It's a choice between President Trump and the hard left -- and this confirmation battle will show just how crazy the other side is."