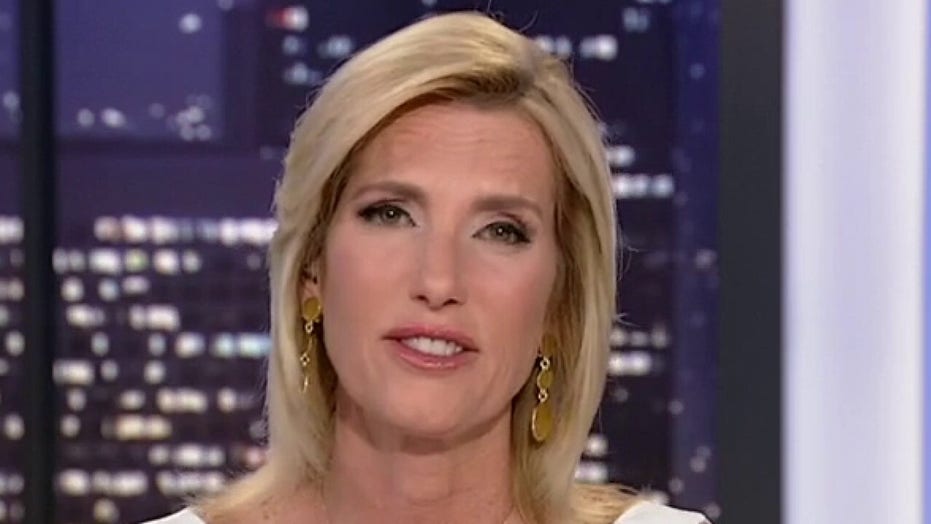 Laura Ingraham began Thursday's "The Ingraham Angle" by making the case that policies favored by Democats would hurt African-Americans in the wake of the coronavirus pandemic.

"In March, when the COVID lockdowns began, we saw how quickly life in most big cities deteriorated," Ingraham said. "Now, mostly left-leaning mayors prolong their stay-at-home orders when common sense screams that doing so would only create tidal waves of misery.

"The horrific killing of George Floyd and the outrage that triggered it was like a match on dry kindling wood that was then doused in rocket fuel," Ingraham continued. "Political arsonists encouraged criminals to rampage through cities and spread fear to the suburbs. Peaceful protesters were used as cover for both Antifa and [Black Lives Matter] to push a corrosive anti-law enforcement narrative."

Ingraham explained that elected officials from both parties "are too afraid or too weak to face the truth: America has an intense spiritual and family problem, not systemic racism in policing,

For too long, we also had an economic system that helped multinational companies at the expense of working people," she added. "So instead of addressing these very difficult problems ... they want to convince kids that the entire criminal justice system is itself inherently abusive toward one group of people."

That cynicism, Ingraham claimed, is affecting African-Americans as much as racism and Democratic presidential nominee Joe Biden's policies would only hurt minorities more.

"You bet racism exists in the country and so does cynicism. The type of cynicism that says that black kids and their families don't deserve to have a choice in education and they don't deserve to have their job stay here instead of being shipped overseas," Ingraham said. "What the left is proposing, and what Biden is promising, would be disastrous for all. But I'm telling you, for African-Americans, they would suffer the most. Their economic policy would not only hamper job creation in the United States. It would restart the efforts to ship jobs offshore.

"For the last 60 years, American liberals have promised African-Americans that their policies would make things better. They were wrong and their policies have failed miserably," Ingraham concluded. "That's why the left has to spread hatred and division. And that's why they're lying about this country and its history. They have nothing positive to offer today. Their only hope is to persuade Americans to give up and turn on each other."