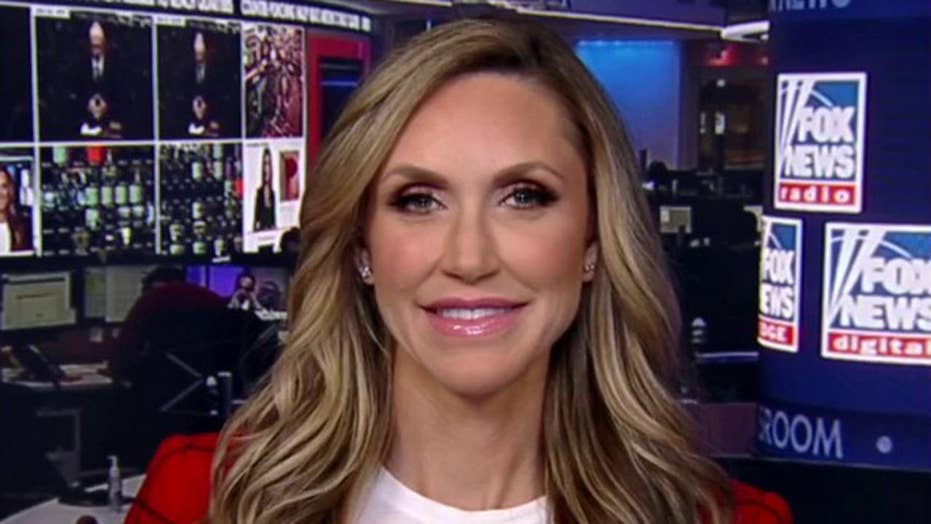 Trump 2020 senior adviser Lara Trump weighs in on economic confidence under President Trump and how it will play out in 2020.

Lara Trump, President Trump’s daughter-in-law and a Trump 2020 campaign adviser, responded to a recent Fox News Poll indicating overwhelming satisfaction with the economy among voters under the Trump administration.

The poll was released Sunday morning, following the first week of arguments in the president's Senate impeachment trial.

"People feel the results of the Trump presidency every single day," Lara Trump said Monday on "The Story." "And quite frankly that’s why you see this ridiculous circus going on on Capitol Hill."

"That’s why the whole impeachment sham started in the beginning because the Democrats know those are very hard things to run against," she added. "Whenever people feel like their life is working for them, the economy is working for them, that means they want to keep that going and it will be very hard for any of the Democrats that they are proposing to beat the president.

Just one week from the Iowa caucuses, Lara Trump said she and the Trump campaign "feel great about things," despite a different Fox News Poll that shows Trump lagging behind the 2020 Democratic contenders in hypothetical head-to-head matchups.

"Those seem rather laughable to me," Trump said." I was in Iowa, Wisconsin and Minnesota recently and a lot of those people don’t even know that Michael Bloomberg is a legitimate candidate in this race. They don’t really know much about him...so that poll seems really crazy to me."

Trump said she will focus her efforts on "reminding people that, if things seem like life is going better for you now, things feel a little bit easier, that’s thanks to Donald Trump and the policies that he’s implemented."

As far as the impeachment goes, Trump said the campaign is unaffected and that the ongoing trial " does nothing but energize the base of people that support Donald Trump."

"It really has turned a lot of people to say, 'You know what? Maybe I didn’t vote for him in 2016 but it’s disgusting to see what’s happening to a duly elected president. If it can happen to Donald Trump it could happen to anyone,'" Trump said. "People don’t like it and they're gonna come out and vote bigger for him in 2020."