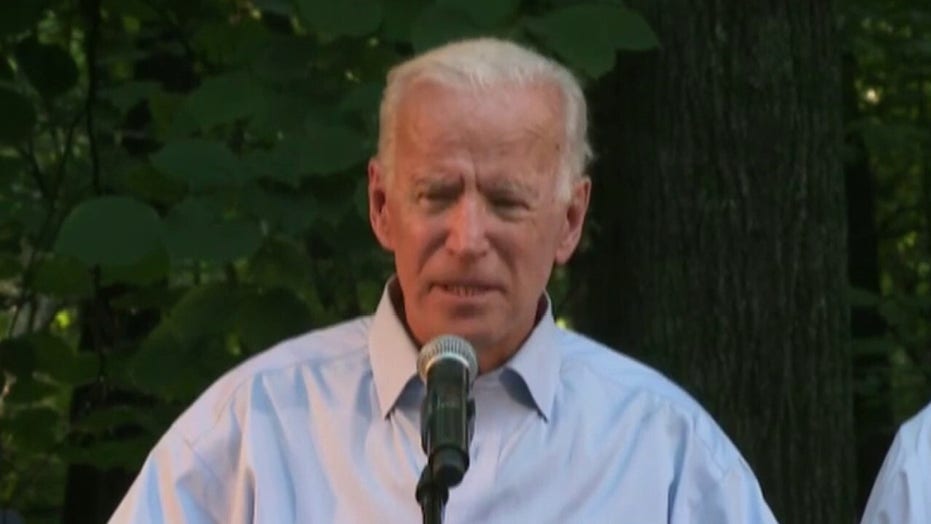 Reaction from award-winning journalist Lara Logan, host of 'Lara Logan Has No Agenda' on Fox Nation, and Joe Concha, media reporter for The Hill.

Fox Nation host Lara Logan told "Hannity" Monday that the failure by much of the media to seriously examine allegations of sexual assault against presumptive Democratic nominee Joe Biden is "very disappointing."

"I know as someone who was raped, I know all the people, men and women, over the years who have come to me with their own stories of what they've been through," Logan told host Sean Hannity. "And the one thing I was concerned about through the entire #MeToo movement and Kavanaugh and everything else is that the voices of the real victims would be lost as everyone was rushing in a frenzy to use this moment for their own gain."

In February 2011, Logan was beaten and sexually assaulted while reporting for CBS News on celebrations in Cairo following the resignation of Egyptian President Hosni Mubarak as the "Arab Spring" protest movement swept through the Middle East and North Africa.

Last month, Tara Reade, a former staffer for then-Sen. Biden, claimed he sexually assaulted her in 1993. On Friday, a 1993 clip of the CNN call-in show "Larry King Live" surfaced in which a woman identified by Reade as her mother claimed that her daughter had just left Washington after experiencing "problems" working for a prominent senator.

Logan added that she believes in the legal principle of innocent until proven guilty, and that not every professed victim of sexual assault benefits from a media "frenzy" like that which surrounded the claims made against Kavanaugh by Christine Blasey Ford in 2018.

"I think about every person who's been through this: We all know the worst thing that can happen to you is to have to carry this burden on your own in silence and in shame," she said.

"So this is a moment when every journalist out there, every news organization, really has an opportunity to take a good look at themselves and take a good look at [Tara Reade] and see if they have the moral courage to stand up and do the right thing regardless of their politics."