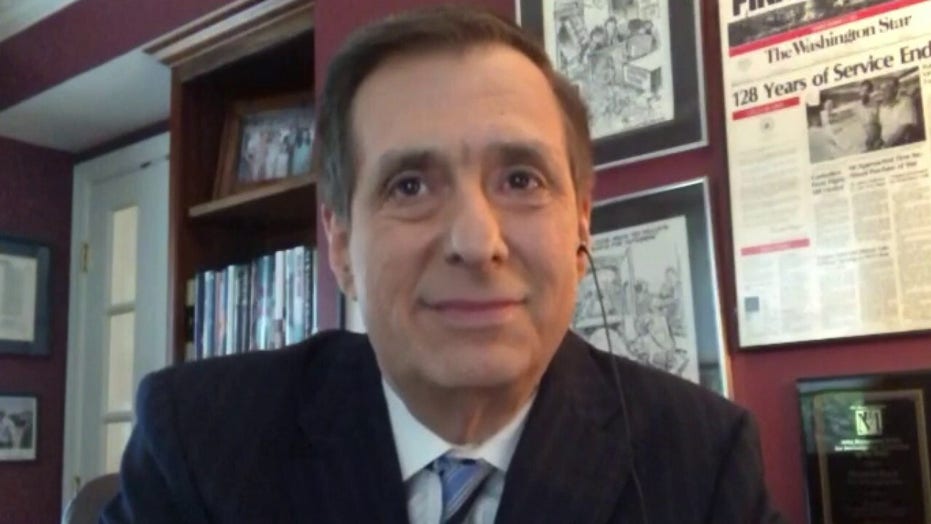 ‘Media Buzz’ host Howard Kurtz reacts to Tara Reade speaking out on the sexual assault allegation against Joe Biden on ‘The Daily Briefing.’

"Here is a telling thing in terms of the media coverage," Kurtz said. "The week before Attorney General William Barr made that decision," to move to drop the Justice Department's case against Flynn, "a whole bunch of documents were released ... that appeared to show FBI agents considering setting a perjury trap for Mike Flynn."

"In primetime that night," Kurtz continued, "CNN did nothing. MSNBC did nothing. Fox, they had a whole lot. The problem with not covering a story like that at all is when the following week the case is dropped and then you have to cover it. You're immediately playing catch-up."

The Justice Department moved to drop the case against Flynn last week after handwritten notes showed bureau officials debating whether to set up the former national security adviser.

As the case continues to dominate the headlines, Kurtz said he is focused on "the degree to which partisan divides in the media affect the coverage of all this."

"The problem with not covering a story like that at all, is when the following week the case is dropped...you're immediately playing catch up."

TRUMP ON MEDIA HOSTILITY: 'IF I WAS KIND TO THEM, I'D BE WALKED OFF THE STAGE

Kurtz later commented on President Trump's often contentious exchanges with members of the media, arguing that while "these are hyperpartisan times," both sides are at fault.

"It's hard to avoid the conclusion that the president is, after all, in an election year, [and] that part of his strategy is not just to demonize the press, which he has been doing for three-plus years ... but to do it in brutally personal terms," he said.

"The president feels it's in his interest to fight multiple battles at once," Kurtz added. "But the counter to that is, we're in this national emergency. Why not focus almost all of your attention on that?"