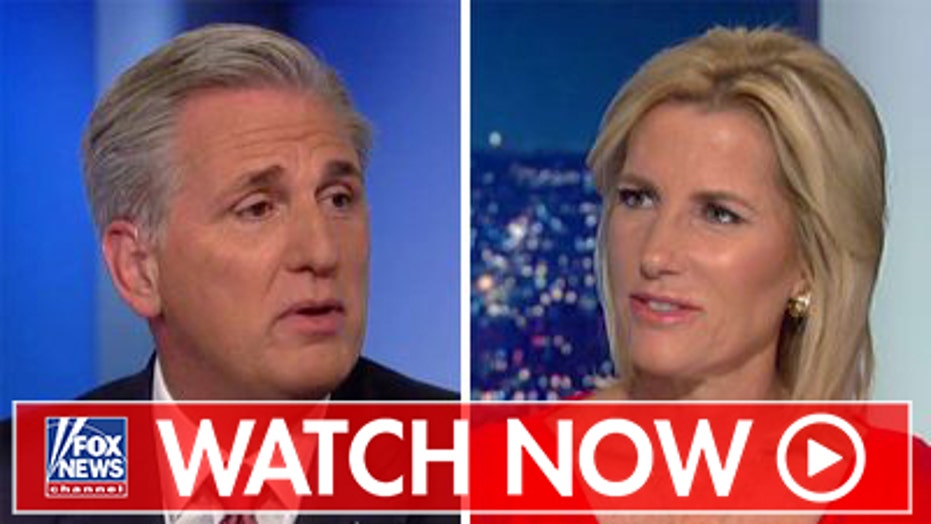 The questioning by Ratcliffe, a Texas Republican and member of both the House Intelligence and Judiciary Committees, was an important moment in the hearing, McCarthy claimed.

"We can't really talk about it," he said.

Ratcliffe appeared on Fox News after the testimony and said there were new details brought to light, but said nothing "worthy of impeachment."

McCarthy added House Intelligence Committee Chairman Adam Schiff, D-Calif., is not allowing lawmakers to speak too specifically about the proceedings, in an interview Tuesday on "The Ingraham Angle."

"Adam Schiff won't let us talk about what happened," he said regarding U.S. diplomat to Ukraine Bill Taylor's closed-door hearing on Capitol Hill. "There is no quid pro quo."

The California lawmaker also claimed the impeachment inquiry process continues to be based largely on testimony from those without first-hand knowledge of the Trump-Ukraine situation.

"The one thing that you find out in this process is all this information is just like that whistleblower... everything is second-, third-, and fourth-hand information," he said.

He criticized Schiff for how he is conducting the proceedings, claiming the relevant Republican lawmakers are unable to view information from the hearings unless they are accompanied by the chairman's staff members.

"What they are doing [is] they are changing every rule we ever had," he said.