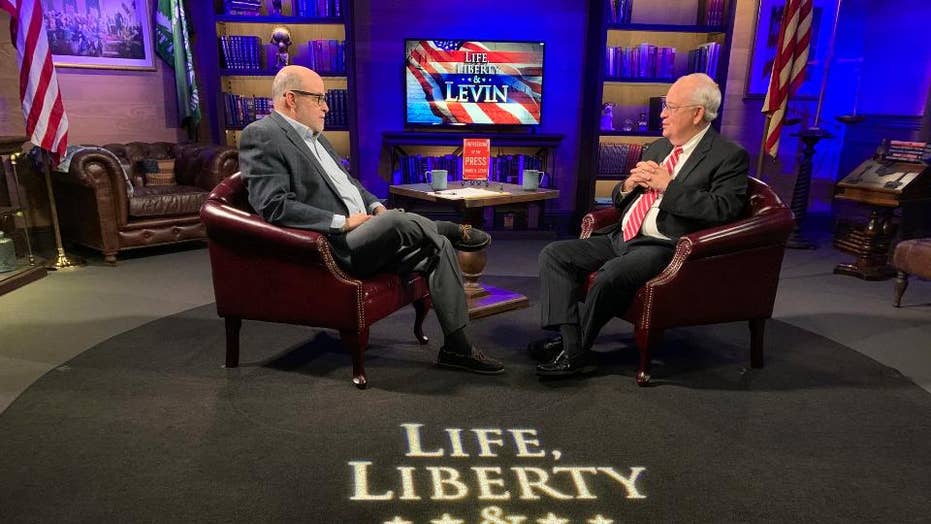 The way House Democrats have gone about impeaching President Trump suggests that longtime apprehensions about an "imperial presidency" should now give way to fears of an "imperial House," according to former independent counsel Kenneth Starr.

The impeachment of President Trump is proving to be an "ugly chapter" in American legal history, Starr told Mark Levin in an interview airing Sunday at 8 PM ET on "Life, Liberty & Levin."

The phrase "imperial presidency" refers to an increase in executive power beginning in the mid-20th century, as presidents from Franklin Roosevelt and John F. Kennedy to both Bushes and Barack Obama have been perceived to exceed the checks on executive power provided by the Constitution.

As a result, successive administrations have seen an increase in the ranks of White House staff and added bureaucracies such as the National Security Council, established under President Harry Truman in 1947. The term "imperial presidency" was coined by historian Arthur Schlesinger Jr., a Kennedy adviser who published a book by that name in 1973.

SEAN HANNITY: WHAT DID OBAMA KNOW ABOUT RUSSIA INVESTIGATION, AND WHEN DID HE KNOW IT

Starr noted that the House of Representatives has accused Trump of obstructing Congress, but added that the administration makes a worthwhile argument that they are exercising their Article II powers as well as challenging congressional subpoenas, which has long been the practice in Washington.

"It certainly is not obstruction of justice, because the president was essentially saying: Let's go to the Article III branch [the courts]. That is our system," Starr said, adding that the House Democratic majority has deemed that process to be too lengthy.

"It shouldn't be viewed as an obstruction of Congress either unless Congress just has unchecked power and a system that's so rich with checks and balances as we learn in school."

Levin noted that the "obstruction of Congress" charge may be suspect because the Republican-controlled Senate is also part of the 'Congress' -- and has not alleged obstruction the way the Democratic House has.

He asked Starr if the new dynamic reveals the rise of an "all-powerful House of Representatives" rather than one that respects its constitutional purview, as well as whether the precedent set by Trump's impeachment is as "gravely concerning" as it sounds.

Starr said the House is essentially demanding the president disclose his most sensitive correspondence with his advisers -- adding that House Speaker Nancy Pelosi, D-Calif., in her legislative branch capacity, is privy to her own close counsel.

"As a matter of constitutional law, the president has the right to protect those conversations confidentially," he said, adding that the U.S. Supreme Court sided with the nearly-impeached President Richard Nixon, ruling that he needed to preserve confidentiality with his White House advisers in order to carry out the "chief magistrate" functions of the presidency.

Starr reiterated that such confidentiality can still be adjudicated by a court on a case-by-case basis.

"The president gets to protect those, presumptively. It can be overcome. But that's why judges and the Article III branch sets [it]."