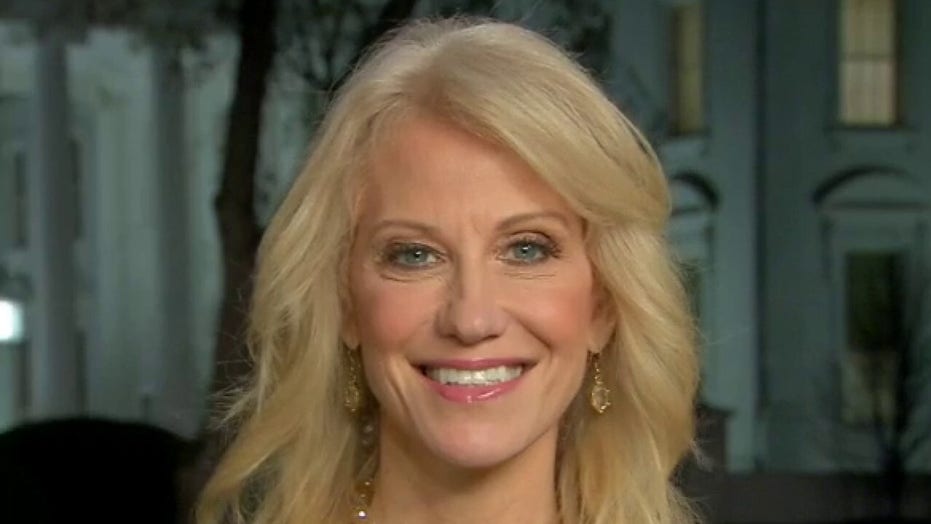 "There is a reason that the mainstream media, there's a reason the other Democrats were chomping and stomping all over him because he had receded out of view," Conway told "The Story with Martha MacCallum." "He still is highly flawed. I think he's Hillary all over again."

Conway dismissed the notion that President Trump was afraid to face Biden, saying the former vice president would face a huge obstacle this November in the form of the president's economic record.

"This nonsense that President Trump wouldn't want to face Joe Biden in the Rust Belt states that were decimated by the Obama-Biden policies on manufacturing, on trade, on the economy," Conway said. "That's all been roaring back because of the Trump-Pence agenda. And the fact is that Joe Biden is not a high-energy candidate, but he still is a high-risk candidate."

MacCallum then asked Conway about Trump's remarks about Vermont Sen. Bernie Sanders, including claims that the Democratic contender isn't getting a "fair shake," as well as the interpretation that Trump would prefer to face Sanders in a general election.

"The read into that is much simpler. It's that the president knows how it feels to have the entire establishment," Conway said. "All the king's horses, all the king's men and their money against you as a candidate, as the outsider, as the person wants to shake it up."

Conway again compared Biden to Clinton, before saying that "no one" wants to see a debate between Biden and Trump.

"He's like Hillary in many ways in that he has 100 percent name I.D., a long record on accomplishments, and he's going to have to take five days off the trail to juice himself up and get all ready for those debates against Donald Trump," Conway said. "Nobody wants to see Joe Biden debate Donald Trump, particularly on the issues and on the record."