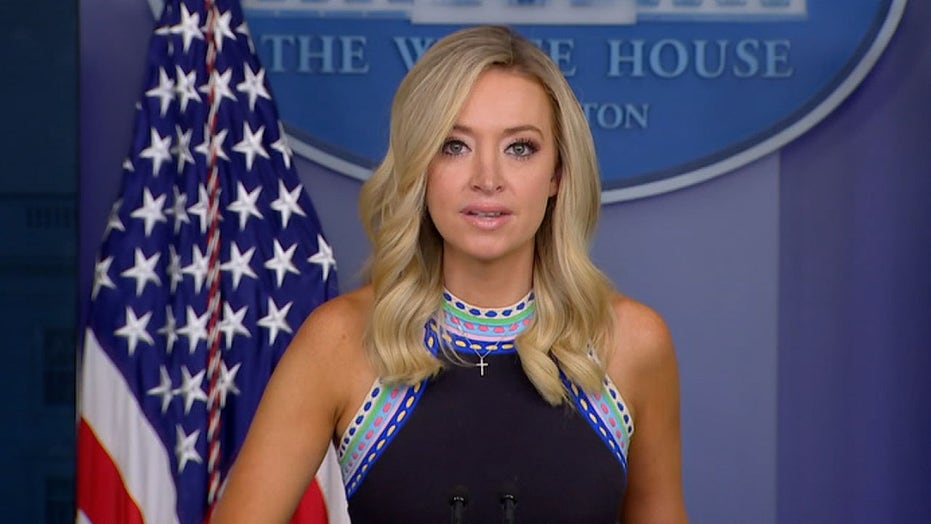 The lack of criminal charges related to Taylor's death in March 2020 has sparked an outcry among protesters as well as some members of the mainstream media.

"I question the judgment of the Kentucky attorney general saying quote 'Mob justice is not justice.' He said that it becomes revenge," the "CNN Right Now" anchor began. "That word, 'the mob' and the president having said that 'if Joe Biden wins, the mob wins.' That's what he says, We know this is very politically loaded language."

At the close of her press briefing the following day, McEnany called out what she described as Keilar's "outrageous" comments.

"That's an appalling statement from Brianna Keilar at CNN and what is outrageous about this take is that mob justice is not justice," McEnany added. "Hours later, after this comment was made on CNN, two police officers were shot. This is not justice."

She continued, "This has nothing to do with politics, it has everything to do with the value of human life and the safety and security of our American cities and across the country, we've seen our police officers come under fire in the line of duty ... Our police officers deserve our respect and the violence that is being committed towards them ... is outrageous. And the words of CNN and of Brianna Keilar is outrageous, irresponsible, and we should never hear statements like that followed by hours later two police officers being shot."

Keilar responded on social media, tweeting: "The Breonna you should be talking about today is not me, @PressSec".