Rove, a Fox News contributor, told "Bill Hemmer Reports" that figures from a survey of 2016 election turnout showed that Sanders' voters appeared to have helped Trump defeat Hillary Clinton. Rove then told host Bill Hemmer that he had looked into a study by Harvard professor Brian Schaffner that interviewed 50,000 people.

"Their suspicion is that seven percent -- I've seen other numbers of eight percent -- of Bernie Sanders' primary voters in 2016 turned around and voted for Donald Trump in the general election," said Rove, who added that it is possible that trend could repeat itself if Joe Biden beats Sanders to the Democratic nomination. 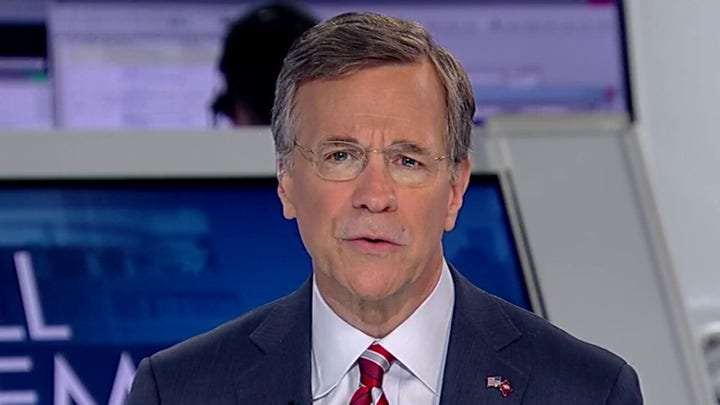 That November, Trump won Wisconsin by 22,000 votes, Michigan by 11,000 votes, and the Keystone State by 44,000. Therefore, Rove stated, more than 50,000 of those key Trump votes in Pennsylvania would have come from Sanders supporters if they were extrapolated from the Harvard survey -- meaning that Sanders voters who were either discouraged by Clinton's victory or felt more comfortable with Trump than the former first lady helped put the president over the top.

Rove said it is likely that no matter how Sanders fares in Tuesday's cluster of primary elections, he will remain in the race against Biden and Rep. Tulsi Gabbard, D-Hawaii, as long as he wants and as long as the donations are there. He added that Sanders faces a challenge in what he called the "3 M's" -- Missouri, Michigan, and Mississippi -- which he considered more favorable to Biden. Of Washington state, North Dakota and Idaho may be more favorable to Sanders.

In addition to those states, Idaho, North Dakota and Washington state will be holding primaries Tuesday while the Northern Marianas Islands will be holding their Democratic presidential caucus on Saturday.