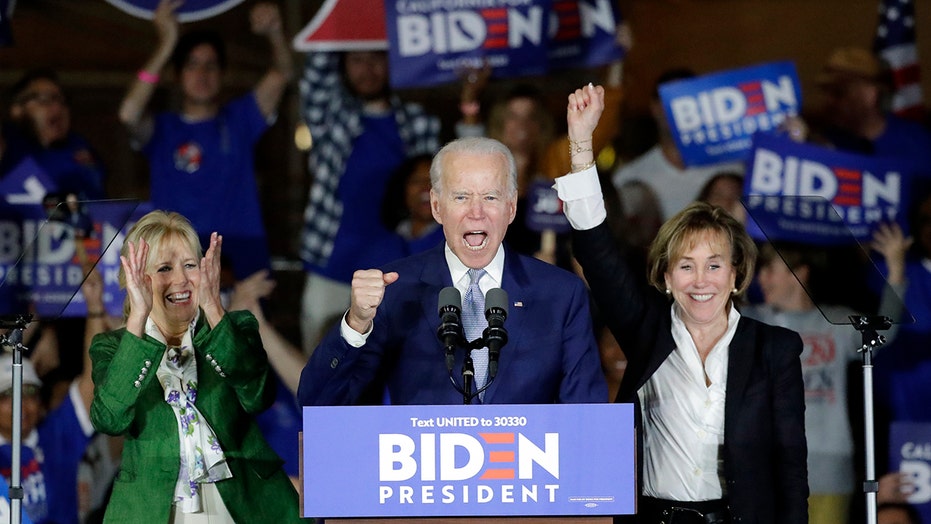 "I will say this: It's now a two-man race, wouldn't you say? I will say it's Biden-Sanders," Williams said on "The Five" Wednesday. "And I think the second thing to say is that it's Biden's nomination to lose at this juncture, right? So we'll see how things go."

Biden won in 10 of the 14 states that held primaries Tuesday, bringing the moderate wing of the party together around him and pulling ahead of Vermont Sen. Bernie Sanders in the pledged delegate count.

Co-host Jesse Watters called the Democratic field "weak" while fellow co-host Greg Gutfeld pointed out that Democrats had made a choice between "two risks."

"There was risk of absorbing a socialist or dealing with somebody who's got mental acuity issues," Gutfeld said. "It's kind of smart that they chose the mental acuity issues over socialism. But I think it's amazing that you can place confidence in a candidate that doesn't inspire confidence. And that tells you how really scary the field is when you say it, I'm going to go with that."

"Joe Biden is going to get completely rolled by the left if he gets the nomination. Nancy Pelosi couldn't handle the AOCs [Alexandria Ocasio-Cortez] and Ilhan Omar's," Pavlich said. "If you look at what they want with single-payer, Joe Biden has said that he will raise taxes ... He's going to run as a moderate. But when it comes to an actual debate about what the policies are going to be, he's gonna get pushed further to the left."