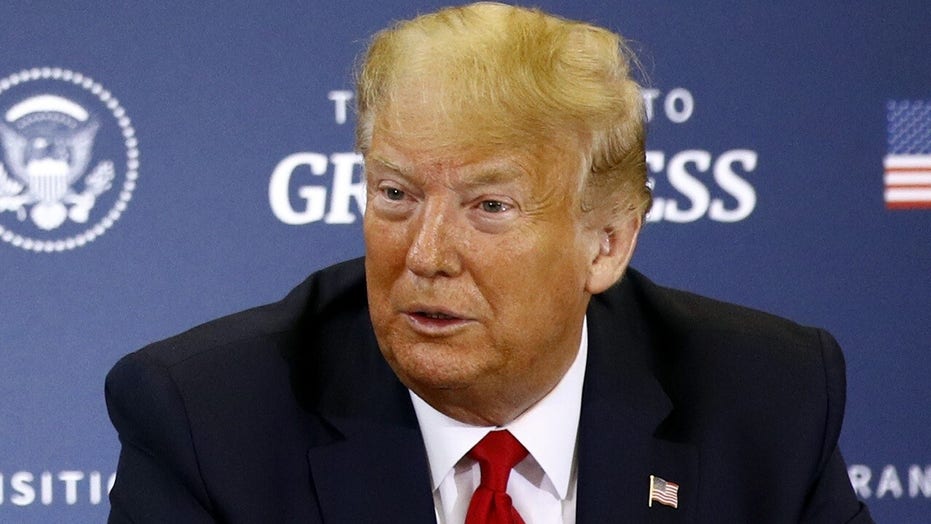 The president is expected to take a position that more police, not fewer, are needed to keep the peace; John Roberts reports from the White House.

"The View" co-hosts Joy Behar and Whoopi Goldberg mocked President Trump on Monday over the way he responded to the ongoing protests related to George Floyd's death.

Behar took issue with the White House erecting a fence to keep people back during demonstrations.

"Where is there to begin? ... I mean, there was the Bible photo-op which irritated evangelicals even, some of them. There was the hiding in the bunker. Where was Melania and Barron?" she said, referring to the first lady and Trump's son.

"Were they down there with him? I wasn’t sure, and then my fave, building a fence around the White House. I mean, he finally got his fence. I wonder if the Mexicans are paying for it, and my heart burst with joy when I saw that people were putting paintings and signs all over his stupid fence. I mean, what kind of a president fences himself in from the American people? Come off of it. You’re a loser. You’re done. Put a fork in him."

Authorities erected the metal fence with an expanded security perimeter before what was expected to be an unprecedentedly large demonstration in the nation's capital. The New York Times reported that Trump's aides said additional security measures were installed based on the Secret Service's assessment of the situation, not because of an order from Trump.

Earlier in the week, violent protests erupted in D.C. and during one of the demonstrations, a church was burned near the White House.

Trump later visited the church and posed for a controversial photo of himself holding up the Bible.

"I was shocked when he held up the Bible and it didn't burst into flames," Goldberg joked.

"The Lamestream Media refuses to talk about our Country’s record setting Jobs Numbers, which are indicating GREATNESS, and soon!" he tweeted on Monday.

Trump has defended himself amid criticism and pushed for a focus on "law & order" during protests.