Jon Huntsman Jr. explains why the Russian economy is in "big trouble" due to its dependence on oil

Triggered by the multiplying threat of coronavirus, oil prices fell 30 percent at the start of the week, the largest one-time drop since the 1991 Gulf War.

In an interview on "Fox & Friends" with host Brian Kilmeade, Huntsman said Russia and President Vladimir Putin are concerned about the United States taking more of their market share but they love that America is suffering because of the oil price drop.

"They want to see us divided. They want to drive a wedge into our politics," Huntsman said.

"But, I've always argued," he told Kilmeade, "that the greatest weapon we have against the Russians is our ability to be energy self-sufficient."

"So, you might not see that right now," he pointed out, "but what happened yesterday? The ruble dropped 10 percent. In order for the Russians to make the numbers to pay their bills, oil has to be at least at 50." 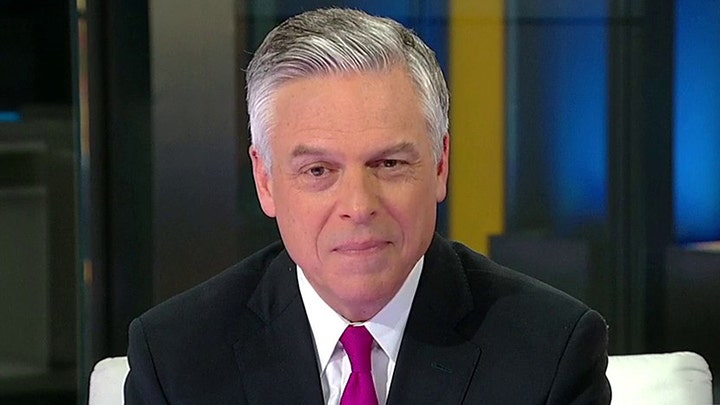 "So, when it drops below 50, as it has over the last little while, they are shaking in their boots right now. And, they're going to have to draw from their foreign exchange reserve to be able to make the numbers work," Huntsman explained.

Huntsman also noted that the Russians cannot afford for oil prices to stay low because their economy relies completely on gas and oil and selling military hardware abroad.

"So, they've got enough reserve to carry them a few years but beyond that, they're in big trouble," he concluded.