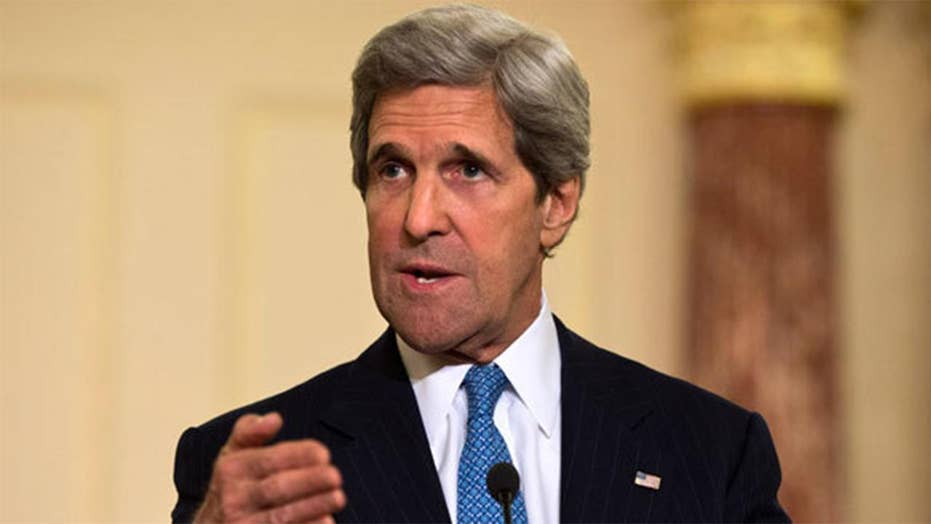 After former President Bill Clinton’s request for help from a foreign official resurfaced Monday, now it's John Kerry’s turn in the spotlight.

On Tuesday’s edition of “Tucker Carlson Tonight,” the host flashed back to a 2004 comment from Kerry, then a candidate for president, claiming foreign leaders told him how much they wanted him to oust then-President George W. Bush.

“John Kerry has been talking to anyone who will listen about the president’s shocking behavior with Ukraine,” Carlson said on his show Tuesday night, before turning his attention to the former secretary of state.

“Kerry is full of it, as you know. But, just to put some meat on those bones, during the 2004 election, which he lost, John Kerry openly bragged about soliciting support from foreign leaders against his opponent that year, the incumbent President George W. Bush,” Carlson said. 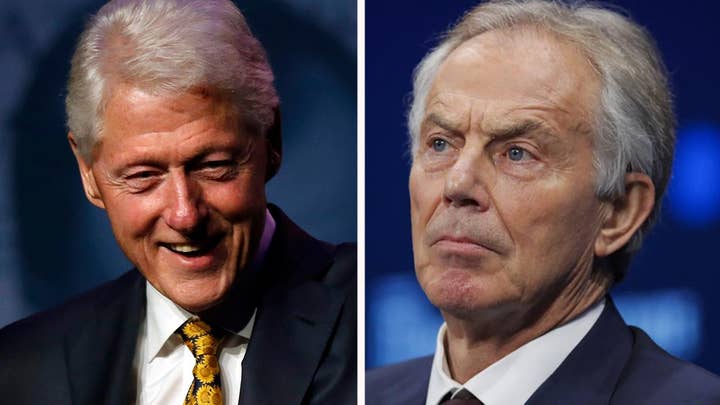 He then referenced a 2004 quote from Kerry, a Democrat, in The Guardian, in which he said: “I've met foreign leaders who can't go out and say this publicly, but boy they look at you and say, 'you've got to win this, you've got to beat this guy, we need a new policy.' Things like that.”

Kerry was criticized for the remarks at the time.

Carlson then discussed how Kerry allegedly refused to say which leaders made the comments to him at the time, what his response was, whether they pledged to help the candidate, and if he made any promises to them.

“John Kerry said he wasn’t going to be specific because it was his right to keep his conversations with foreign leaders confidential -- that’s absolutely necessary for leadership,” Carlson said.

A screenshot of the conversation was shown during "Tucker Carlson Tonight" on Monday.

“You see the point,” the host closed the segment by saying.

It came after Clinton’s conversation with then-U.K. Prime Minister Tony Blair was covered on Monday’s “Tucker Carlson Tonight,” during which the ex-president asked his British counterpart for a political favor.

The quote referenced by Carlson can be found among a collection of declassified documents relating to Blair. It can be read in full here.