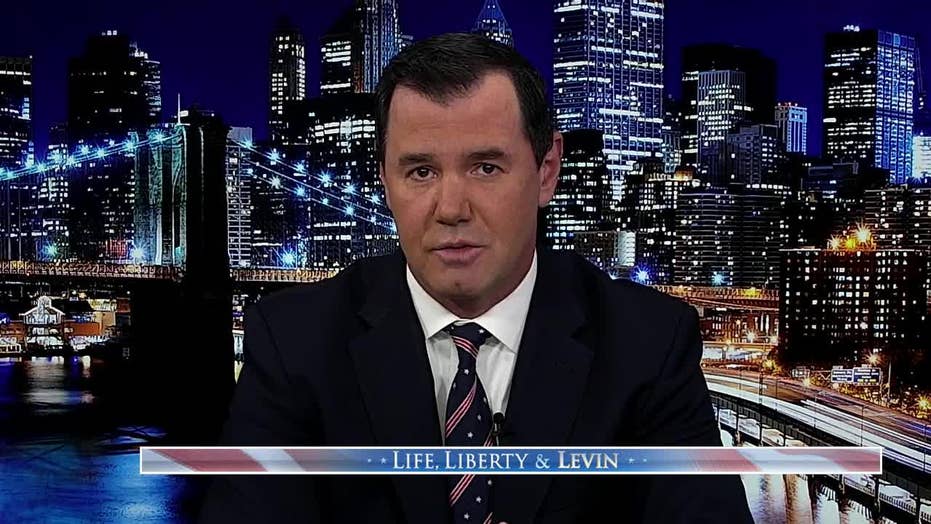 The Hill media reporter Joe Concha joined "Life, Liberty & Levin" Sunday to analyze the media's coverage of the coronavirus pandemic, including what he described as "bias" in their treatments of President Trump and New York Gov. Andrew Cuomo.

Concha told host Mark Levin he would give the media a "C to C-minus" grade for the entirety of their coverage.

"I like the fact that I see a lot of doctors on television ... actually educating the public on something that is unprecedented," he said, citing recent coverage of the National Institutes of Health (NIH) study of experimental antiviral drug emdesivir.

"Then, everything completely falls apart," Concha remarked. "What we're seeing is bias in broad daylight."

Concha said the greatest contrast can be seen in the differing coverage of the Trump-led White House coronavirus task force briefings compared to those anchored by Cuomo in Albany.

While Cuomo's remarks and presentations receive "universal praise," with some pundits floating him as a possible replacement for Joe Biden as the Democratic presidential nominee, Concha said relatively little is made of the fact that New York has the most coronavirus deaths of any state in the nation -- 18,909 as of Saturday.

By contrast, California had recorded 2,171 deaths from coronavirus as of Saturday despite having more than twice New York's population.

Concha told Levin that despite the Golden State's relative success in controlling the spread of COVID-19, "very little" prominence is given to California Gov. Gavin Newsom compared to Cuomo.

By contrast, he added, Trump has received "overwhelmingly negative" press.

As an example, Concha noted that while both Cuomo and Trump have raised the possibility of using the anti-malaria drug hydroxychloroquine as a coronavirus treatment, the governor has largely escaped the harsh coverage Trump received for his remarks on the drug.