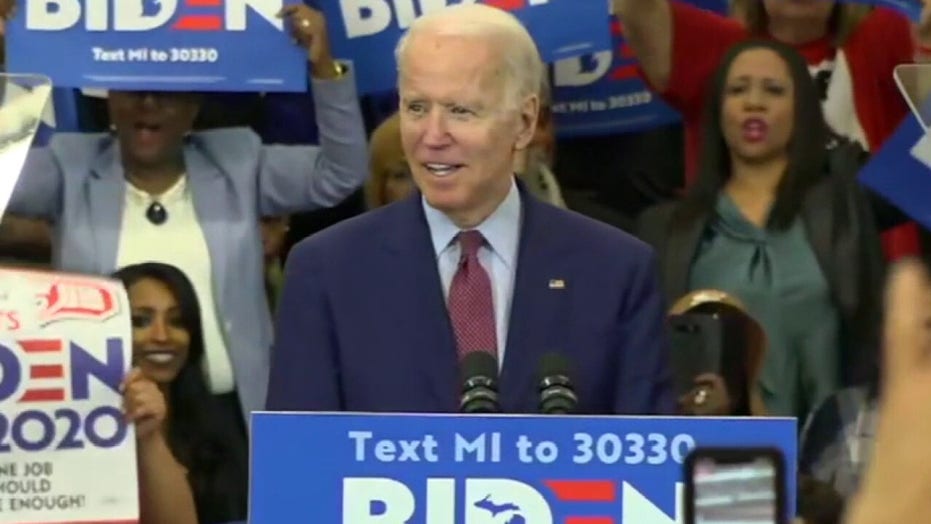 During an interview with CBS Miami, Biden responded to reporter Jim DeFede's question about the former vice president's plan to halt deportations during his first 100 days in office.

Biden's comments appeared to reference the longstanding dispute over whether President Trump instituted the practice of keeping immigrants, notably children, in holding facilities.

Former Homeland Security Jeh Johnson indicated Friday that immigration law put both President Trump and his predecessor in a tough situation when it came to housing migrants.

"Chain link barriers, partitions, fences, cages -- whatever you want to call them -- were not invented on January 2017," Johnson said.

Johnson said that keeping immigrants behind chain link fences or "cages" was not an ideal but was one of the ways authorities dealt with a surge of migrants that had to be transferred to Health and Human Services (HHS) facilities within 72 hours.

"During that 72-hour period, when you have something that is ... like four times of what you're accustomed to in the existing infrastructure, you've got to find places quickly to put kids," he said before suggesting the alternative was putting them on "the streets."

Earlier this year, Univision's Jorge Ramos confronted Biden on his claim that the Obama administration didn't put kids in cages.

"You actually did," Ramos said before showing Biden a photo of a detained migrant boy from 2014

Biden initially responded by saying he was trying to keep kids "safe" before telling Ramos: “You know you’re not telling the truth here about the comparison of the two things."

When Ramos acknowledged the number of immigrants detained under Biden was different than the number detained under Trump, Biden also suggested the Obama administration acted quicker to reunite detailed migrants with their families.