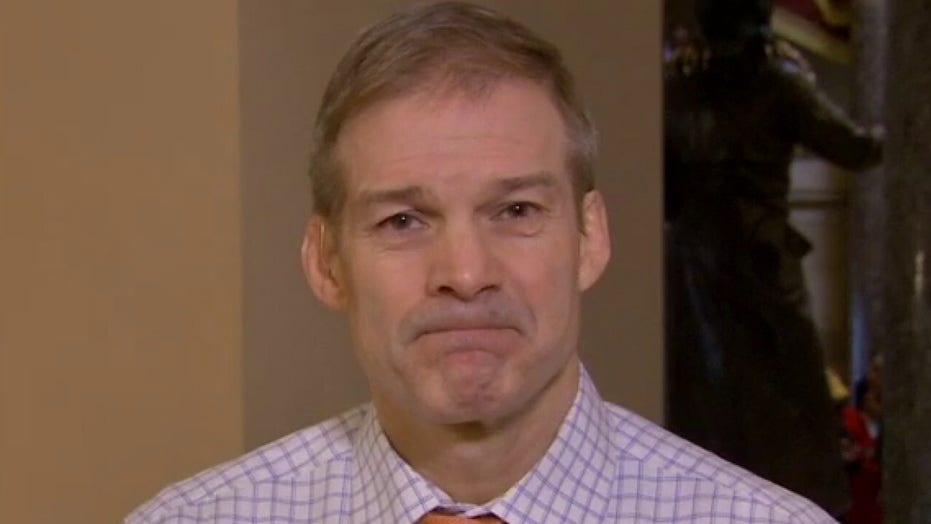 As the Senate impeachment trial heats up, Rep. Jim Jordan, R-Ohio, told Fox News Wednesday that the FBI's use of the U.S. Foreign Intelligence Surveillance Court (FISA Court) showed that President Trump was the focus of politically motivated investigations since before the 2016 election.

“The FBI went to a FISA court. Lied to the FISA court 17 times so they can go spy on the Trump campaign and we know they did all that because Michael Horowitz released a report last month, over 400 pages, that spelled all that out,” Jordan told Fox News' special coverage of the impeachment trial after noting that the impeachment push began before Trump’s July 25 phone call with Ukrainian leader Volodymyr Zelensky.

“Politics and going after someone? Give me a break," Jordan said. "They’ve been going after this president before he was even elected and it has been non-stop."

Democrats say Trump improperly pressured Zelensky to announce an investigation into Hunter Biden's role as a member of the board of Ukrainian natural gas company Burisma Holdings, a position he held while his father served as Barack Obama's vice president.

The question phase of the Senate impeachment trial of President Trump began Wednesday afternoon, with senators getting their first chance to weigh in formally on the six days of opening arguments through which they’ve sat silently.

Sen. Josh Hawley, R-Mo., wants to question House Intelligence Committee Chairman Adam Schiff, D-Calif., on whether his office coordinated with the whistleblower in filing the complaint about the Trump-Zelensky phone call, while telling the public otherwise.

Democrats stepped up their calls for former National Security Adviser John Bolton to testify under oath after The New York Times reported that Bolton alleged in a manuscript of his forthcoming book that Trump tied Ukraine aid to investigations into the Bidens. They also want to hear from acting White House chief of staff Mick Mulvaney, Mulvaney’s senior adviser Robert Blair, and Michael Duffey, associate director for national security programs at the Office of Management and Budget.