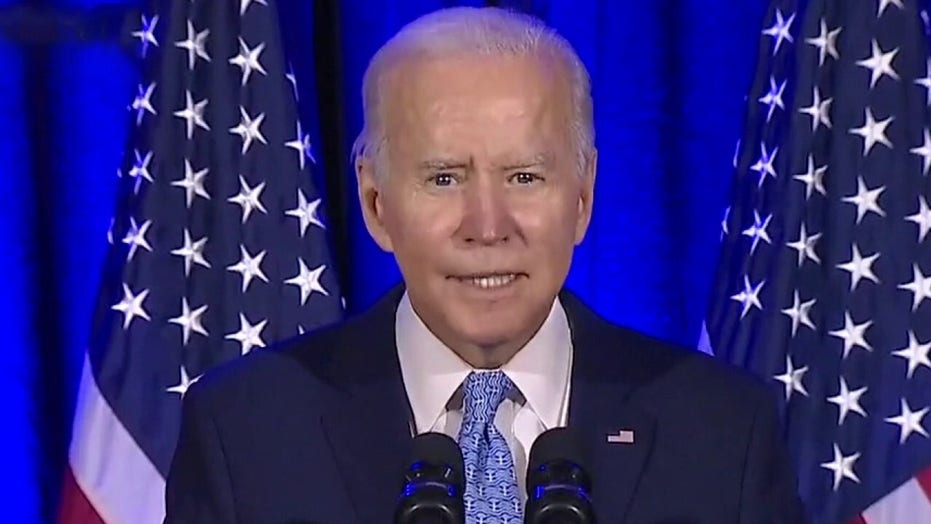 'Tucker Carlson Tonight' host asks how the White House is 'handling' the president.

"Tucker Carlson Tonight" host Jesse Watters accused the White House of pushing President Biden in front of the media to prove he’s incompetent and accelerate the argument he needs to be replaced.

JESSE WATTERS: We can’t think of any other time where a president has speculated about the decline of his own health. What’s worse is Joe Biden thinks his current state is the definition of good health, but he isn’t fooling anybody. We see it. The American people see it, and surely his staff sees it. It’s why they usually keep him on a very tight script. He is only allowed to speak to reporters when they give him permission. He hardly gives any interviews, and last night showed exactly why. Joe Biden can’t speak without embarrassing himself and his own administration. The White House knows all of that, and yet they send him out anyway. Why? Because his opportunist handlers who helped make him the president want you to know he’s inept. They want to make it clear Joe Biden’s not running things and that they are the ones with the real power. They are trying to accelerate the argument that he needs to be replaced.