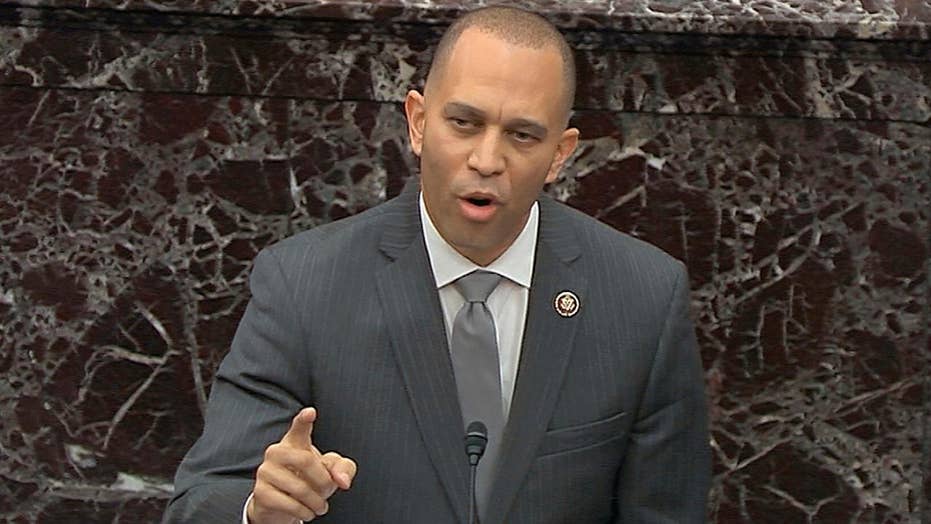 "The Five" co-host Jesse Watters reacted Friday to the fourth day of the Senate impeachment trial, criticizing Democrats, accusing them of seeking "political revenge" and ignoring Americans' fatigue with the issue.

"The Democrats have put all of their political capital on impeachment. They didn't do it with health care. They decided not to rebuild America. They decided to not talk about loans," Watters said on the primetime show. "They went after political revenge and they're going to pay a price for it."

Nadler’s comments came as Democrats were wrapping their opening arguments in the trial, insisting the president tried to “cheat” in the 2020 election through his dealings with Ukraine and should therefore be removed from office.

Meanwhile, the president’s team of lawyers have vowed to lay out an aggressive case in defense of the president when they begin their opening statements Saturday morning.

Watters said Democrats did not take into account the American people's disinterest in impeachment and that has affected how the country views Congress.

"They didn't read the room because this country was so exhausted for three years, investigation after investigation. And finally, when Mueller said no collusion. Everyone in this country kind of exhaled," Watters said. "And what did the Democrats do? They teed up a sting with the whistleblower and put us all through this again, force feeding us, hearing after hearing. Constitutional crisis after crisis."

"And at the end of the day, 17 percent. That is the approval rating for Congress, which is horrific," Watters added.

Co-host Greg Gutfeld also weighed in and shot back at the media for suggesting that Americans shouldn't be bored with proceedings.

"The new criticism right now from the slobbering cheerleaders is that there's something wrong with you if you find it boring or repetitious," Gutfeld said. "It's like a director blaming the audience when their movie flops because their movie is four hours long."