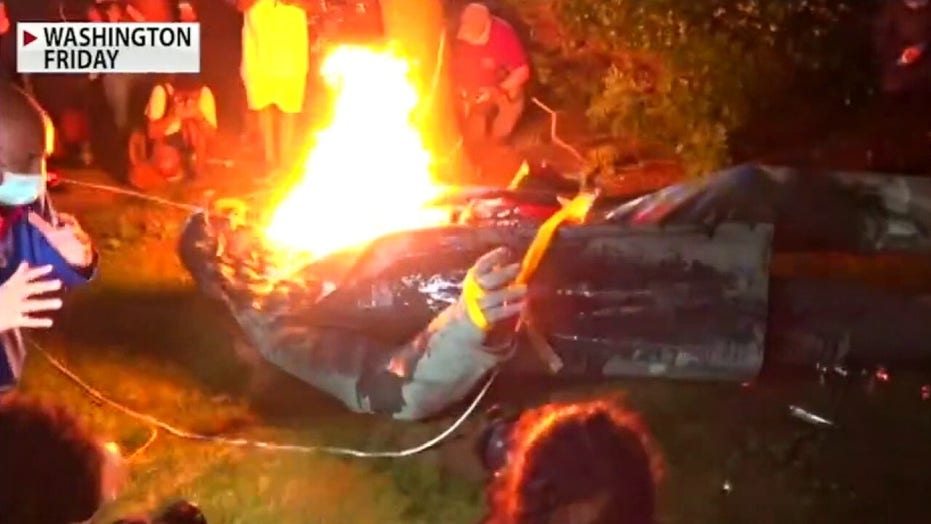 Protesters cause chaos across the country as vandals tear down statues, attack Wisconsin state senator

President Trump says the left-wing mob is trying to demolish history; reaction and analysis from 'The Five.'

"The Five" co-host Jesse Watters said Wednesday that Republican candidates for office should have a "layup" in November if they pressure Democrats over their apparent tacit support of destructive protests, looting and vandalism in recent weeks.

"The Democrats really aligned themselves with a great movement," Watters said. "Heck of a job, guys.

"You start off OK, and then you have a bunch of looters, arsonists, homicidal maniacs, people that want to tear down [statues of] Lincoln," he added. "I mean, for a second, I guess, Republicans were on their heels. Not anymore.

"You run against this in the fall, it's a layup," Watters went on. "Kneeling for the anthem? Taking down [statues of] Jefferson? Burning things, assaulting gay progressive politicians in swing states?"

The "Watters' World" host said that Democrats had a chance to unify the country behind law enforcement reform but wasted the opportunity with their handling of riots in cities across America. 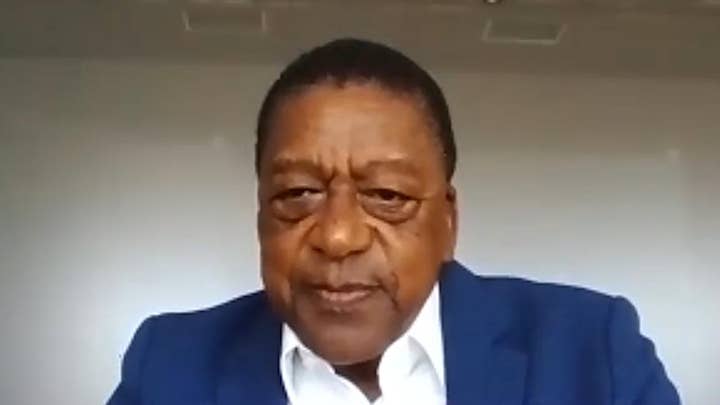 "The Democrats had 80 percent of what they wanted in [Sen. Tim Scott's] police reform bill and instead of taking that and then trying to win in November and finishing up the last 20 percent, they tossed it all out because they just want to campaign on the issue," Watters said. "They don't want to solve the issues, so now they have 0 percent. They are not even going to try ...

"If the Democrats had backed a movement that was nonviolent and had done civil disobedience, maybe that would've persuaded some people," Watters continued, "but I know a lot of people right now, they're looking around, not talking to pollsters, they're not going to say it, [but] you think they're voting for Joe Biden after they see what's going on?"

According to Watters, many of the violent demonstrators who have taken to America's streets in recent weeks "don't look like the most civic-minded, responsible people, if you know what I mean.

"So I'd be careful if I tried to ride this wave in November."