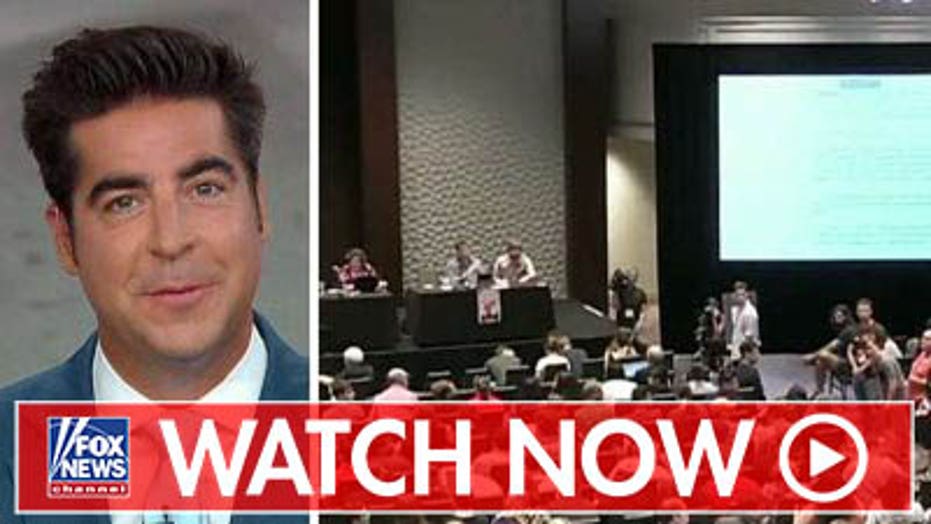 A tense exchange between two delegates to the Democratic Socialists of America (DSA) National Convention in Georgia was too absurd to believe, according to Jesse Watters.

The way one attendee became upset at another's use of "gendered" language seemed like it was the product of a human plant, Watters claimed Monday on "The Five."

"There's no way that could've been real," he said. "I don't think that was an actual socialist. I think it was a conservative comedian pretending to be a snowflake for laughs."

During the weekend conference, one delegate loudly objected, apparently to another delegate's use of the term, "guys." 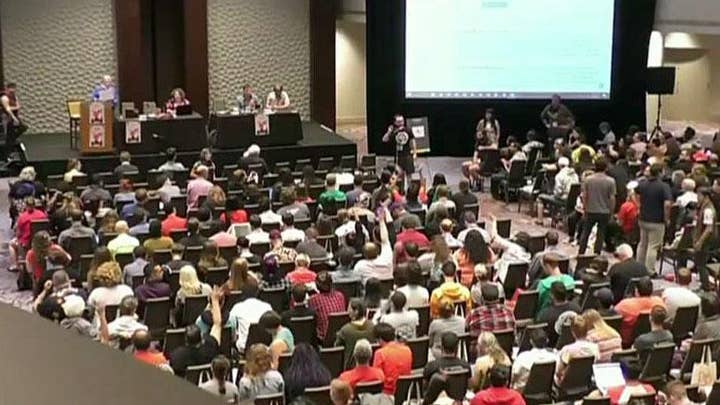 "Quick point of personal privilege, guys," began one delegate, who identified himself as James Jackson from Sacramento, and specified that he uses the "he/him" personal pronouns.

"I just want to say, can we please keep the chatter to the minimum? I'm one of the people who are very, very prone to sensory overload," Jackson said. Several other delegates could be seen waving "jazz hands" in the air, instead of applauding, as he spoke.

"Please do not use gendered language to address everyone."