Controversial liberal journalist Jemele Hill caused waves of shock on Twitter Sunday when she tweeted that America is just as bad as Nazi Germany.

She tweeted: “Been reading Isabel Wilkerson’s new book, ‘Caste,’ and if you were of the opinion that the United States wasn’t nearly as bad as Nazi Germany, how wrong you are. Can’t encourage you enough to read this masterpiece.”

As the tweet went viral, many public figures, regardless of ideology or ethnicity, responded with outrage over her analogy.

David Hookstead of The Daily Caller said: “Imagine living in this kind of delusional fantasyland.”

Inez Stepman of the Independent Women's Forum said: "As someone whose family lived (and some not) through both Nazi and Communist regimes this is absolutely disgusting and @jemelehill, if you spent one month in a real authoritarian state you would come crying back here to kiss the ground you walked on in the USA.”

Former Democratic New York Assemblyman Dov Hikind said: “REMINDER for @jemelehill about just a FEW of the differences between AMERICA and NAZI GERMANY!”

Earlier this month, Oprah Winfrey announced she had chosen Isabel Wilkerson’s exploration of race and hierarchy in the U.S., “Caste: The Origins of Our Discontents,” as her latest book club pick.

The 59-year-old Wilkerson is an author and journalist who won the National Book Critics Circle award in 2011 for her previous book, “The Warmth of Other Suns,” about the Black migration from the South in the early 20th century.

In “Caste,” she looks at American history and the treatment of Blacks and finds what she calls an enduring, unseen and unmentioned caste system — not unlike those in India or Nazi Germany — that has yet to be fully confronted.

“You cannot solve a problem unless you identify it and define it,” Wilkerson told The Associated Press, adding that Winfrey’s endorsement means “many more people who have not learned about this will have the chance to read about something that deeply affects us all.”

Hill, now a writer for The Atlantic and a podcast host, famously called President Trump a “white supremacist” on Twitter in 2017.

She was an ESPN host at the time.

ESPN initially declined to punish Hill but then sidelined her for two weeks in October 2017 after she violated the company’s social media guidelines again. 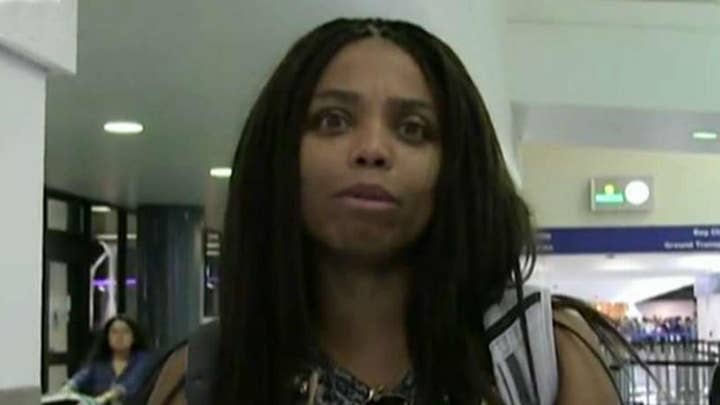 Not long after returning from her suspension, ESPN reassigned Hill from its flagship "SportsCenter" to a role at The Undefeated, the company’s site that covers the intersections of sports and race. She eventually left ESPN and joined The Atlantic, where she covers race, sports, politics and culture.

Last year, Hill deleted a tweet that jokingly referenced the assassination of the president during his State of the Union address.