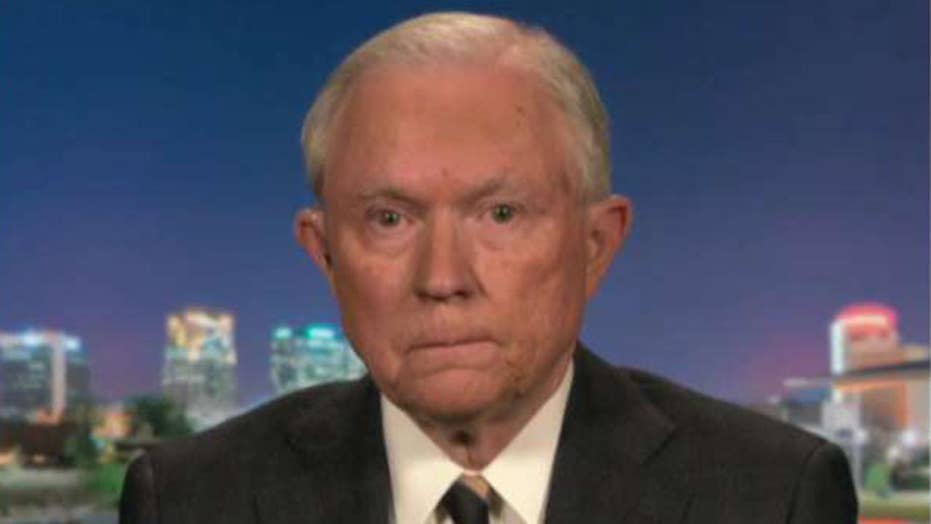 Sessions: Horowitz didn't say there was no bias in FBI, just that investigation revealed none

Former Attorney General Jeff Sessions weighed in on the Russia investigation report released on Monday by Department of Justice Inspector General Michael Horowitz, in particular the information that an FBI lawyer altered an email regarding Trump campaign staffer Carter Page.

"In my experience, as 15 years as a federal prosecutor I've never seen anything like that," Sessions said on "The Ingraham Angle" on Wednesday. "I think that's a stunning development in the seriousness of a FISA warrant involving a presidential campaign."

As a whole, Horowitz's testimony amounted to a tough assessment of the FBI's actions. Under questioning, Horowitz said he could not outright determine whether bias was involved in the process of applying for a Foreign Intelligence Surveillance Act (FISA) warrant against former Trump adviser Carter Page.

Sessions said the FBI should have warned the campaign if there was troubling information.

"Normally, the right thing to do is to say, 'Mr. President, campaign manager, these individuals, we have troubling information about them. You should be very careful with them. We suggest you should not associate with them,'" Sessions said.

"Instead of trying to shoehorn an investigation that might have, they hope maybe would develop, you know, information about the president. You should not only be seeking to protect ... the campaign or the campaign leaders or the president."

"Mr. Durham has to get to the bottom of this, else the American people will not accept the results," Sessions said.