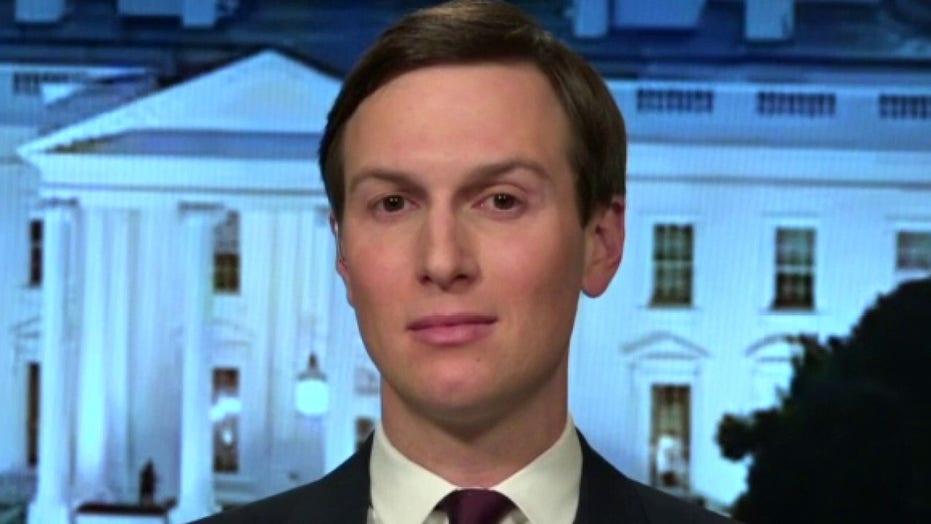 Part 2: Senior adviser to the president Jared Kushner joins 'The Next Revolution' to discuss the White House's coronavirus response efforts.

The coronavirus pandemic brought to light the critical importance of securing U.S. supply chains to eliminate the long-time reliance on foreign governments, White House senior adviser Jared Kushner said during a rare appearance on "The Next Revolution" Sunday.

"I think the campaign platform that President Trump ran on in 2016 – which was basically 'you have to secure your borders and you have to control your own manufacturing as a national security issue' – I think those have been totally vindicated positions from the virus and I doubt it will be easy for people to argue against them in the future," Kushner said.

Kushner has been a key figure in the federal effort to manage the flow of U.S. supply chains and ensure hospitals in need are properly equipped with ventilators and other life-saving medical equipment.

"We can take all the learnings from this virus and figure out how we can be more prepared for the future."

— Jared Kushner, 'The Next Revolution'

His team, which has worked together with the coronavirus task force led by Vice President Mike Pence, is now focused on solving the issue of insufficient testing at the center of the coronavirus crisis.

"We figured out how to really stimulate that supply," Kushner said. "We believe by the month of April we will have close to five million tests that will be performed. We're anticipating for the month of May, the number we were originally asked to do, we can exceed it...we think we can double that number and we should have more than ample amount of tests in the market for the month of May," he explained.

Kushner said the White House, in collaboration with the Department of Health and Human Services, spent the weekend communicating with governors to effectively develop their own testing strategy on a local level.

At the end of the day, Kushner explained, "the limiting factor is not going to be swabs or reagents or transport media, it's going to be the different states' ability to collect the samples and do it in an efficient way."

"We feel really good," he added. "We’ve eliminated a lot of problems when it comes to testing and I think we will continue to see it do better and better over the coming weeks." 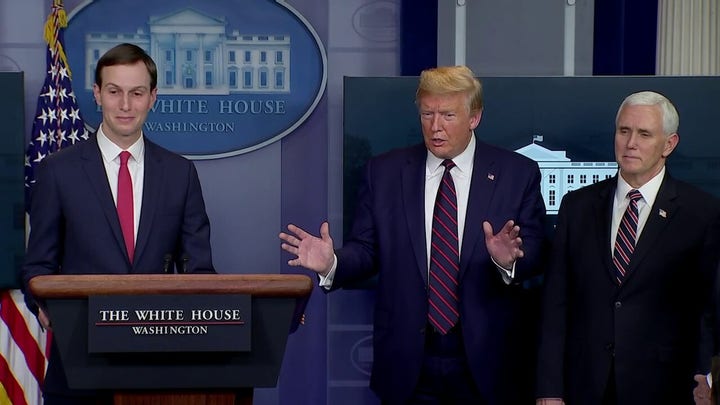 "I don't want to get ahead of any specific announcements," he said, but Adm. John Polowczyk, supply chain task force lead at FEMA, has "been focused very much on getting stuff to the different places that need it, and nursing homes in different areas where people are vulnerable has been a place where we really tried to surge," Kushner explained.

Kusher said he is also focused on "the inner cities and indigenous populations" and has "been working very hard to make sure they have adequate testing and PPE proportionate to where vulnerable populations are."

PETER NAVARRO ON SECURING MEDICAL SUPPLY CHAIN:' WE CANNOT GO BACK TO SLEEP' AFTER CORONAVIRUS

As many parts of the country look toward a phased reopening, Kushner urged Americans to "take all the learnings from this virus and figure out how we can be more prepared for the future."

"Now, the goal is not to make this a political issue and figure out how we can come together to really onshore," he said. "What we've been doing at the federal government is figuring out how do we aggregate a lot of the different demand in different key industries that are critical for our national security.

Kushner said he found a renewed desire in various industries who "want to move manufacturing onshore" amid the coronavirus, and echoed President Trump's commitment to make the United States a "leader in advanced manufacturing."

"I think," Kushner predicted, "we will see a lot of that happening." 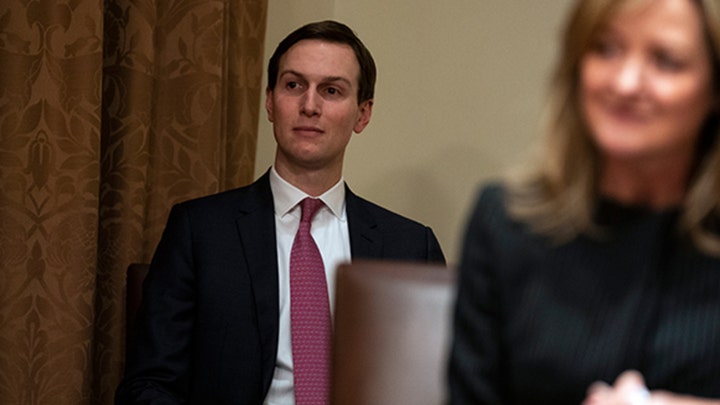 In his final remarks, the president's son-in-law imparted a message of hope as the country looks toward the future.

"We're onshoring a lot of these industries, working to make sure we're never reliant on foreign supplies again, and the doctors have learned more about how to treat this."

He concluded, "I would say the most important thing is the behavioral changes. People are washing their hands and wearing masks and I think we're learning how to live with this in a much better way, which will enable us, at least the people who are not high-risk, to start going back to work in a phased and responsible approach."