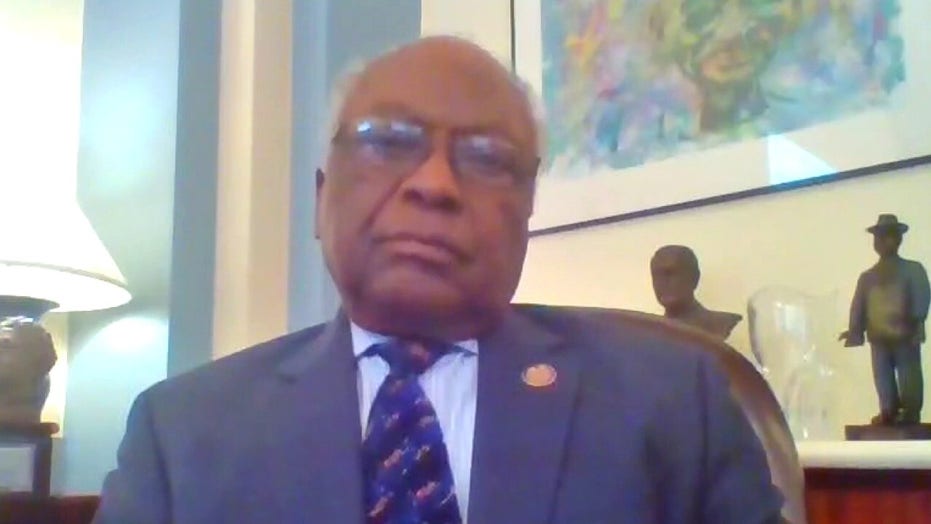 Rep. James Clyburn on debate over statues in US, future of police reform on Capitol Hill

CNN’s John Berman asked Clyburn what Democrats hope to find out after calling for an investigation into the way the federal Department of Homeland Security (DHS) has handled recent lawlessness in the city. Portland has seen 53 consecutive night of protests.

Attorney Billy Williams and others expressed concerns after videos on social media appeared to show unlabeled officers in unmarked vehicles suddenly grab rioters off the streets, without appearing to identify themselves or read suspects their Miranda rights. Clyburn said he believes law enforcement should be left up to local communities, who would have access to federal help if they wanted it – but the current landscape reminds him of Nazi Germany.

“That kind of activity is the activity of a police state, and this president and this attorney general seem to be doing everything they possibly can to impose Gestapo activities in local communities, and that is what I have been warning about for a long time. I do believe that this election is all about the preservation of the greatest democracy that this country has ever known,” Clyburn said.

The Gestapo was the secret police force used by the Nazi regime.

The unrest in Portland has frustrated Mayor Ted Wheeler, a Democrat, and other local officials who had said a small group of violent activists was drowning out the message of peaceful protesters. Wheeler also said the presence of federal law enforcement in Portland was exacerbating the situation.

Over the weekend, rioters broke into the Portland Police Association building and set it on fire, as demonstrations over the death of George Floyd intensified for another night, according to Portland police.

On Monday, protesters outside the U.S. courthouse in Portland set a fire in the building’s entryway in yet another night of conflict with federal agents who repeatedly tear-gassed the demonstrators to drive them away, according to officials.