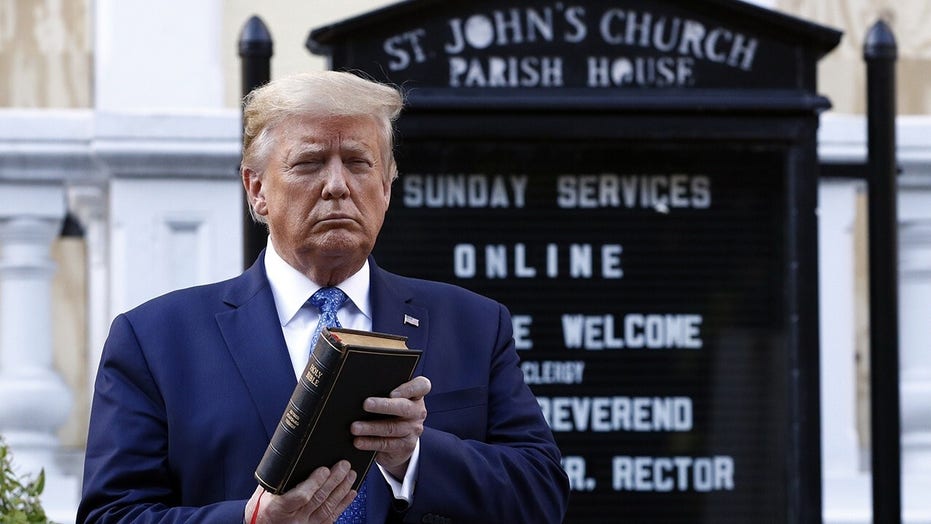 China and Russia will exploit ongoing unrest by pointing out U.S. "hypocrisy" and "abuse of human rights in our own streets," former Director of National Intelligence James Clapper argued Thursday.

"If we don’t manage this right, and pay attention to what’s happening overseas, clearly in the information realm, both the Chinese and the Russians are going to take full advantage of the situation, and one of the things they’ll do, of course, is point out our hypocrisy. Here we’re a champion of human rights, and on display is an abuse of human rights in our own streets," Clapper told CNN.

His comments came amid a nationwide uproar over Minneapolis man George Floyd's death, which intensified ongoing tension surrounding race relations in policing. As protests take place across the U.S., politicians have struggled to maintain order when events at times have led to violence and looting.

CHINA, IRAN MOCK US AMID ONGOING RIOTS: 'I CAN'T BREATHE'

Clapper said America's adversaries seemed interested in using the current racial strife as part of its oppositional messaging. For example, both China and Iran mocked the U.S. in tweets about racial tension on Saturday.

TRUMP FIRES BACK AFTER MATTIS CONDEMNS HIS 'MOCKERY' OF CONSTITUTION: 'GLAD HE IS GONE'

Clapper described the current crisis as a "very vulnerable time" that compounded other destabilizing factors that he said have grown in the past few years. CNN anchor Jim Sciutto had asked Clapper about comments he made in July 2016 when he worried about the "fragility" of American institutions.

"I think that what has unfolded since July of '16 during that Aspen forum discussion is more and more characteristics of instability, which is what I was talking about and how the intelligence community gauges instability in other countries -- and what we've seen unfold, of course, is attacks on our institutions and the rule of law, attacks on a free press, increasing movement toward autocratic actions, use of the military or the threat of the use of the military to quell domestic disturbances. All of these things are very worrisome," he said.

"Not to mention the economic stress occasioned by the [coronavirus] pandemic and the fact that our nation is awash in weapons, and these are all characteristics of unstable states," he added.

Sciutto followed up by asking whether Clapper was concerned that the U.S. wouldn't make it past this time of deep division.

"I still harbor hope that we'll weather the storm," the veteran intelligence official said. "We have weathered previous traumas -- of course, the Civil War and then the one I lived through was Vietnam and all the upheavals that ensued after that ... I think there's still room for optimism but at the same time, this could continue to go south."

President Trump and Republicans have repeatedly criticized Clapper as he helped lead the intelligence community during the Russia investigation, which many have claimed was driven by anti-Trump bias. Clapper and others have come under scrutiny as details emerged regarding the way officials investigated former National Security Adviser Michael Flynn.

On Monday, President Trump threatened to utilize the military in areas of the country where he felt local politicians weren't doing enough to combat at-times violent protests. That threat has prompted widespread concern, including among former Defense Secretary James Mattis and others. Some have defended Trump's approach, arguing that the violence necessitates a stern intervention.

Sen. Tom Cotton, R-Ark., for example, published an op-ed in The New York Times where he defended deploying the armed forces. "These rioters, if not subdued, not only will destroy the livelihoods of law-abiding citizens but will also take more innocent lives. Many poor communities that still bear scars from past upheavals will be set back still further," he said.